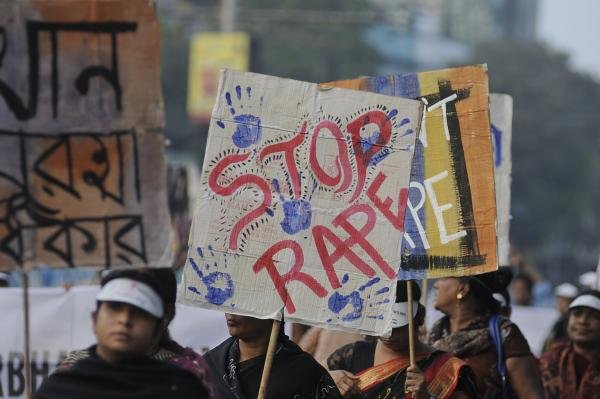 Four men convicted in the brutal fatal gang rape of a woman on a New Delhi bus in 2012 will be hanged after India’s Supreme Court upheld their death sentences.

The men were convicted of luring a female college student and her male friend onto the bus, then beating the male and repeatedly raping the woman, including violating her with a metal rod, as the bus drove through the city. The men then threw the pair off the bus naked, leaving them to die on a winter night. The female, whose name has never officially been made public, died of her injuries two weeks later.

The incident drew international attention and condemnation, and sparked calls for reforms in India about sexual assault, domestic violence and other crimes against women. Some of those reforms have since been enacted.

A lawyer for the four men said he would appeal to the chief justice of India’s Supreme Court. Failing that, only presidential clemency would halt the executions.

Outside the courtroom, the victim’s father praised the judges’ ruling.

“The whole country has found justice,” he said.

Initially, six people were arrested in the case, five adult males and a juvenile. The fifth man killed himself in prison during the trial. The juvenile was sentenced to three years in a correctional home and has since moved to a rural part of southern India where he works as a cook at a restaurant.