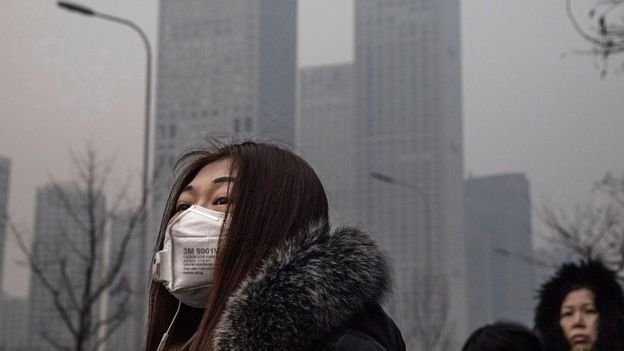 He made the promise in a phone call with incoming French President Emmanuel Macron, the Chinese foreign ministry said in a statement.

US President Donald Trump is still deciding whether to withdraw from the accord – an election campaign promise.

Climate experts worry such a move would throw the agreement into chaos.

A White House meeting to discuss the topic on Tuesday has been postponed, amid reports of divisions among senior Trump advisers.

It is the second time the meeting has been cancelled. No new date has been given.

US to arm Kurds fighting IS in Syria