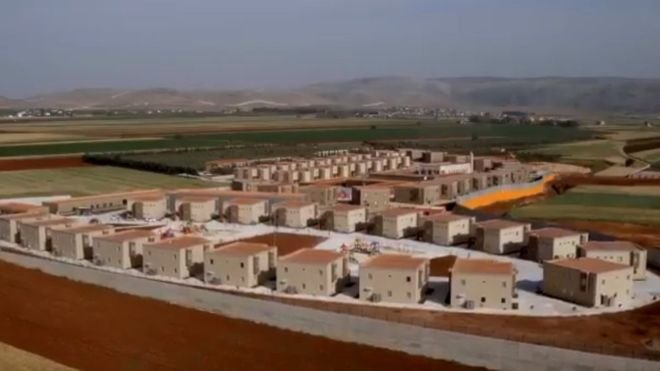 Turkey has opened a vast centre dedicated to housing and educating orphans from war-torn Syria.

The complex, in the south-eastern border town of Reyhanli, will house 990 children in what Turkish media say is a cosy, home environment.

They will live in 55 villas and have access to four schools, a mosque, a playground and a sports arena.

The centre was built in less than two years as a co-operative project between Turkey’s government and two aid groups.

The United Nations Children’s Fund (Unicef) estimates that six million children have been affected by the six-year conflict in Syria.

More than 2.3 million have fled the country and are registered as refugees.

Turkey currently hosts more than 800,000 school-aged Syrian children, of whom only about 60% were enrolled in schools at the start of the academic year.

Its website says it aims to help rehabilitate the “war-related psychological problems and traumas” of Syrian orphans, particularly those living on the streets.

Eighteen children will live in each two-storey villa along with a “caretaker” and will study at the two primary and two secondary schools built inside the complex.

Another 5,000 children not living in Orphans City will reportedly benefit from services and facilities at the complex.