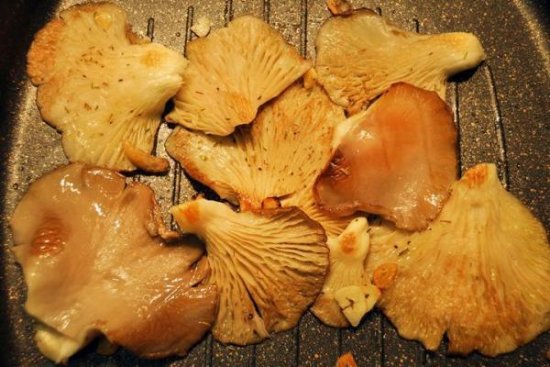 Cooking can often diminish the nutritional qualities of vegetables. But some methods preserve a food’s healthy contents.

New research out of Spain suggests microwaving and grilling are the best methods for maintaining the nutritional components found in mushrooms.

Mushrooms are regarded as a healthy form of dietary fiber and protein. They contain an array of vitamins, including B1, B2, B12, C, D and E, as well as trace minerals like zinc and selenium. Mushrooms also contain antioxidants and other bioactive agents like betaglucans, which are believed to help regulate the immune system.

Researchers published their findings in the International Journal of Food Sciences and Nutrition.

“Frying and boiling treatments produced more severe losses in proteins and antioxidants compounds, probably due to the leaching of soluble substances in the water or in the oil, which may significantly influence the nutritional value of the final product,” researcher Irene Roncero said in a news release.

The microwaved and grilled mushrooms featured the highest antioxidant levels.

“When mushrooms were cooked by microwave or grill, the content of polyphenol and antioxidant activity increased significantly, and there are no significant losses in nutritional value of the cooked mushrooms,” said Roncero.

Researchers say adding a small coat of oil to the mushrooms before or during grilling won’t diminish the health benefits offered by the cooking method.

“In fact, the antioxidant capacity can be even improved,” Roncero said. “Moreover, if olive oil is used, the fatty acid profile of the final preparation is enhanced with barely increase in the calorie content.”

US teen died after drinking caffeine too quickly, coroner says