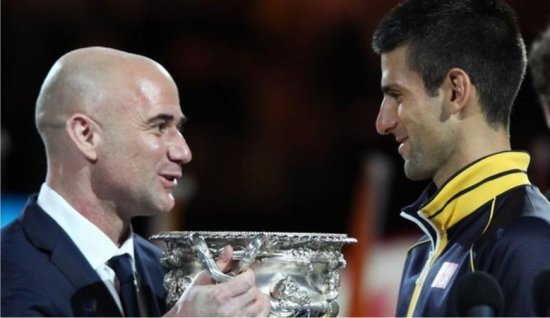 World number two Novak Djokovic said Andre Agassi will be his new coach after the Serb lost in the Italian Open final to Alexander Zverev.

The 12-time Grand Slam winner parted company with his entire coaching team earlier in May.

Former world number one Agassi will be with Djokovic in Paris for the French Open, which starts on 28 May.

The news was confirmed after German Zverev, 20, stunned Djokovic 6-4 6-3 to win in Rome.

In the women’s event, Ukraine’s Elina Svitolina triumphed with a 4-6 7-5 6-1 win over Romania’s Simona Halep.

Djokovic had said the “shock therapy” of splitting with his backroom team, including Marian Vajda – who has been with him through almost all of his career – would help achieve better results.

Now he has brought in American Agassi, who retired in 2006 after a career which yielded eight Grand Slam titles wins.

“I spoke to Andre the last couple weeks on the phone, and we decided to get together in Paris. So he’s going to be there,” said Djokovic.

“We’ll see what the future brings. We are both excited to work together and see where it takes us.

“We don’t have any long-term commitment. It’s just us trying to get to know each other in Paris a little bit.”