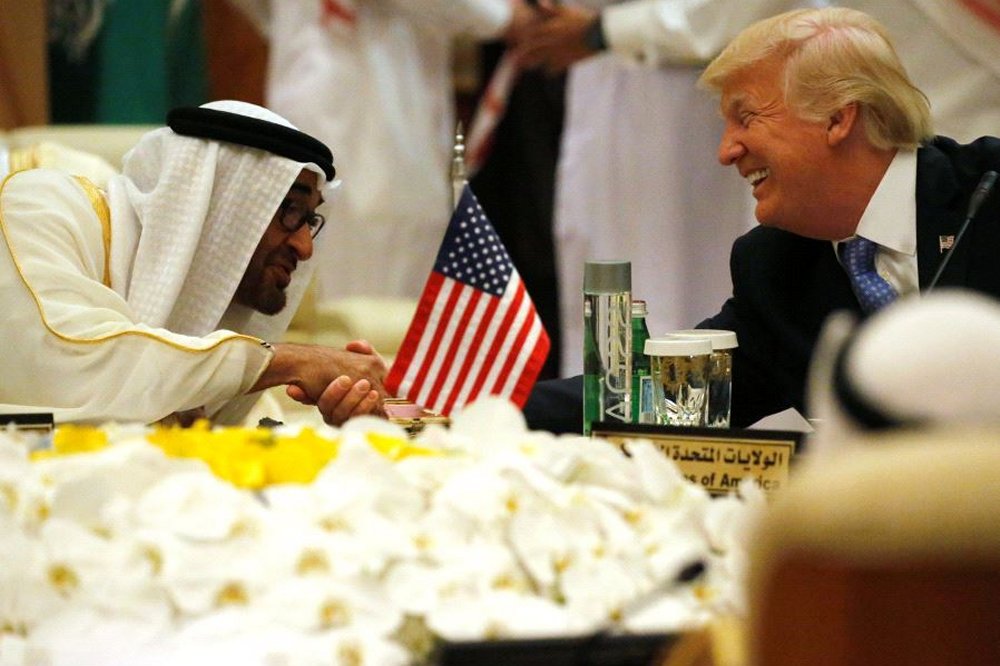 US President Donald Trump has urged Muslim countries to take the lead in combating radicalisation in a major speech in Saudi Arabia.

“Drive them out of this earth,” he told regional leaders in Riyadh, as part of his first official trip abroad.

His speech is seen as an attempted reset with Muslims after his harsh campaign rhetoric stirred concerns in the Islamic world.

Mr Trump had previously suggested he would be open to creating a database of all the Muslims in the US. And he had also called for Muslims to be temporarily banned from entering the US over security concerns.

But, speaking in the Saudi capital to leaders of 55 Muslim-majority countries, Mr Trump called this a “new chapter”, saying he was not there to “lecture” them or impose the American way of life.

But, he added, the countries could not wait for “American power” to act, and had to “fulfil their part of the burden”.

He singled out Iran for criticism, accusing it of fuelling sectarian conflict and supporting “unspeakable crimes” by the government of President Bashar al-Assad in Syria.

Analysts said the speech was a change for Mr Trump, who is trying to redefine his relationship with the Muslim world after several controversial remarks, including an interview last year in which he famously said: “I think Islam hates us.”

His highly anticipated address did not include the phrase “radical Islamic terrorism”, which he had used before and is considered offensive by many Muslims. A transcript of the text published on his Facebook page included a mention of “Islamist extremism” and “Islamist terror groups”.

But in his speech Mr Trump said: “That means honestly confronting the crisis of Islamic extremism and the Islamists and Islamic terror of all kinds.” It was not immediately clear if he stumbled over the word or decided to change the script.

Islamist and Islamic: The difference

Meanwhile, the US and six Gulf states announced a deal to co-ordinate their efforts aimed at cutting off sources of money for extremist groups, including so-called Islamic State (IS).

The countries – Saudi Arabia, Qatar, Kuwait, Oman, the United Arab Emirates and Bahrain – are involved in the fight against the militants, but have been accused of backing the group and other Sunni militants – most notably in a 2014 email by Hillary Clinton released by Wikileaks.

“The unique piece of it is that every single one of them are signatories on how they’re responsible and will actually prosecute the financing of terrorism, including individuals,” said Dina Powell, US Deputy National Security Adviser for Strategy.