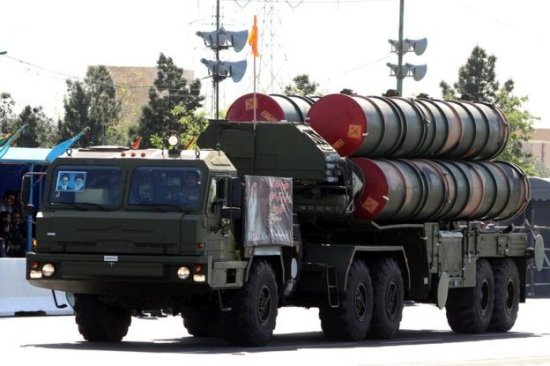 US President Donald Trump has begun a visit to Israel by warning of the threat posed by Iran if it acquires nuclear weapons.

“Iran must never be allowed to possess a nuclear weapon,” he told reporters in Jerusalem, speaking beside Israeli President Reuven Rivlin.

He flew in from Saudi Arabia, a key US ally, where he gave a speech to Arab and Muslim leaders at a summit.

Mr Trump is holding separate talks with both Israeli and Palestinian leaders.

He has called an Israeli-Palestinian peace agreement “the ultimate deal” but has been vague about what form it should take, saying he prefers to leave it to both sides to decide between them in direct talks.

The two-day visit to Israel forms part of Mr Trump’s first foreign trip as US president.

It must also “cease its deadly funding, training and equipping of terrorists and militias”, Mr Trump said at President Rivlin’s residence.

In a deal with world powers in 2015, Iran accepted curbs on its nuclear programme in return for tangible economic benefits, and the White House confirmed last month that the deal was still holding.

However, US Secretary of State Rex Tillerson has underlined that his country’s policy towards Iran is under full-scale review. Israel, meanwhile, considers Iran a mortal threat.

Iranian President Hassan Rouhani, who was re-elected for a second term last week, championed the 2015 deal but on Monday he appeared to sweep aside international concern about Iran’s missile programme.

“The Iranian nation has decided to be powerful,” he said on state TV. “Our missiles are for peace and for defence… American officials should know that whenever we need to technically test a missile, we will do so and will not wait for their permission.”

Mr Rouhani also played down Mr Trump’s strong criticism of Iran at a summit in Saudi Arabia at the weekend, saying: “Who can say regional stability can be restored without Iran?”