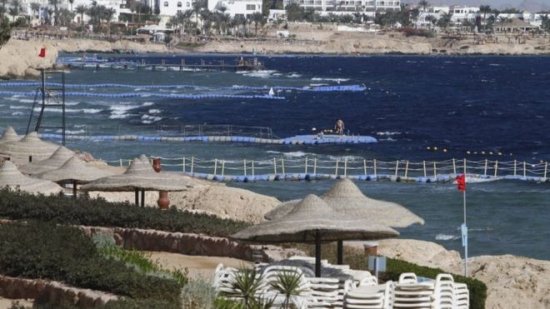 A man who started a fire in a plane toilet has had a jail sentence doubled.

John Cox was initially jailed for four years and six months after admitting committing arson during the flight from Birmingham to Sharm el-Sheikh in 2015.

But the Court of Appeal agreed with the Attorney General the sentence was unduly lenient and increased it to nine years and six months.

The captain on the Monarch Airbus plane issued a mayday call and was set to carry out an emergency landing.

Cox, 46, of Coates Road, Kidderminster, had been drinking before and during the flight and smoked a cigarette in the toilet.

The plane carrying more than 200 people was 33,000ft (10,668m) in the air and 100 miles (160km) from the Egyptian coast when the captain was told the crew were having difficulty putting out the blaze in a waste paper bin.

A passenger who worked for a fire and rescue service helped the crew deal with the blaze so the plane could complete its journey safely.

The captain, who had flown for Monarch for 20 years, said he had never experienced an incident with so much potential danger, Lady Justice Sharp said.

She said: “To throw a cigarette butt into a wastepaper bin without ensuring it is extinguished would show a high degree of recklessness.

“On an aircraft at 33,000 ft, the conduct comes perilously close to deliberate fire-setting.”

In January at Birmingham Crown Court, Cox admitted an offence of arson being reckless as to whether life was endangered.

Appeal judges heard the offence was out of character for Cox, who was a hard-working family man coping with his mother’s death and his marriage breaking up.