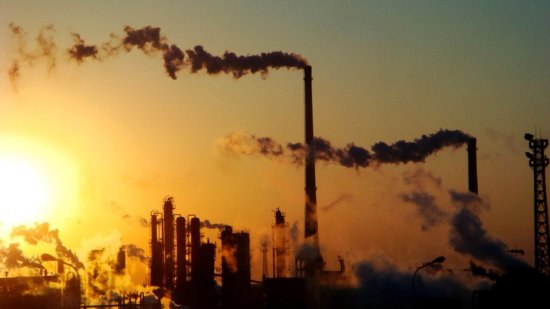 The US has been urged to remain committed to the 2015 Paris climate agreement ahead of an announcement by President Donald Trump on the issue.

Reports in the US suggest Mr Trump will withdraw the US from the deal.

UN Secretary General Antonio Guterres said that as the world’s largest economy, US support was crucial.

Meanwhile, Chinese and EU leaders are set to agree a joint statement backing the Paris agreement, saying it is “an imperative more important than ever”.

The statement – a draft of which has been seen by the BBC – says rising temperatures affect national security and increase “social and political fragility”, while the transition to clean energy creates jobs and economic growth.

Mr Guterres told the BBC: “It is obviously a very important decision as the United States is the biggest economy in the world.

“But independently of the decision of the American government, it’s important that all other governments stay the course.

“The Paris agreement is essential for our collective future and it’s also important that American society – like all other societies, the business community – mobilise themselves in order to preserve the Paris agreement as a central piece to guarantee the future of our children and grandchildren.”

The decision is a bit more complicated than a simple thumbs-up, thumbs-down.

If the president opts to withdraw, how he does it will be almost as interesting as the decision itself. Here are his primary options:

Then again, the president could just opt to stay in the agreement, making all this hoopla either a cunning move to gain the upper hand in negotiating with European allies, or just an elaborate bluff.

As a big developing country, China had an “international responsibility” to try to prevent climate change, he added.

China overtook the US as the world’s biggest emitter of greenhouse gases in 2007.

Russia also said it would stick to its climate commitments, but said the Paris agreement would be affected by a US pullout.

“It goes without saying that the effectiveness of this convention is likely to be reduced without its key participants,” a Kremlin spokesman said.

Mr Trump’s refusal to commit to the Paris agreement caused frustration at a G7 meeting last week, with German Chancellor Angela Merkel describing the discussion as “difficult, not to say dissatisfying”.

Chinese Premier Li Keqiang has said his country will honour its commitments on climate change.

Speaking on a visit to Germany, he said fighting climate change was in China’s own interests.

“China will continue to implement the promises made in the Paris accord. But of course we also hope to do this with the co-operation of others,” Mr Li said.

‘First of our kind’ found in Morocco