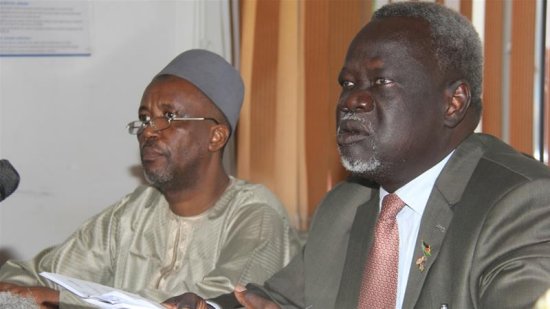 Health workers vaccinating the children against measles used the same syringe without sterilising it, and failed to store the vaccine properly, according to the reports.

Riek Gai Kok, South Sudan’s health minister, said the deaths occurred in Nacholdokopele village in Eastern Equatoria state, where about 300 children aged up to five years old were vaccinated from May 2 to May 5.

“The team that vaccinated the children in this tragic event were neither qualified nor trained for the immunisation campaign,” said Kok.

An investigation supported by the World Health Organisation and UNICEF found that the deaths were caused by severe toxicity resulting from the administration of a contaminated vaccine.

The untrained vaccination team used a single reconstitution syringe for multiple vaccine phials throughout the entire four-day campaign, and kept vaccines in a building without adequate cold storage facilities.

Thirty-two other children suffered symptoms of fever, vomiting and diarrhoea but eventually recovered, according to the statement.

The local vaccination teams had been trained by development partners, including the WHO.

The vaccines were supplied by UNICEF, the UN agency which provides humanitarian and developmental assistance to children and mothers in developing countries.

“We have to look into why the training was not passed on to the teams on the ground,” Tarik Jasarevic, WHO spokesperson, said in Geneva.

The vaccination campaign has continued across the country in an effort to reach two million children, despite the deadly incident.

So far this year, at least one person has died and 665 people have been infected.

Measles is yet another challenge facing the East African country that has already been devastated by more than three years of civil war, a recently declared famine, and a deadly cholera outbreak.