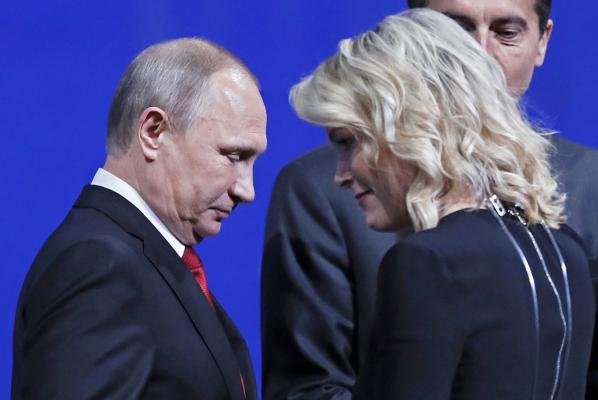 The two sat next to each other during an event to celebrate Russia’s RT network.

“When I came to the event for our company, Russia Today, and sat down at the table, next to me there was a gentleman sitting on one side,” Putin said during an exclusive interview with NBC’s Megyn Kelly for her inaugural show, Sunday Night with Megyn Kelly. “I made my speech. Then we talked about some other stuff. And I got up and left. And then afterwards I was told, ‘You know there was an American gentleman. He was involved in some things. He used to be in the security services’ … that’s it. I didn’t even really talk to him… That’s the extent of my acquaintance with Mr. Flynn.”

Flynn was paid $45,000 to speak at the event and was in the “seat of honor” next to the Russian president.

In August 2016, Flynn said that he did not ask to sit next to Putin and wasn’t concerned about how it looked with him sitting next to the Russian leader. “I was one of the guests there,” he said. “Some interesting characters. I found it a great learning opportunity. One of the things I learned was that Putin has no respect for the United States leadership. Not for the United States, but the leadership.”

But Michael McFaul, U.S. ambassador in Moscow from 2012 to 2014 and now an NBC News analyst, said in April: “It is not coincidence that Flynn was placed next to President Putin. Flynn was considered a close Trump adviser. Why else would they want him there?”

Flynn, a retired general, served as an adviser to Donald Trump’s presidential campaign and was Trump’s national security adviser in the White House for less than a month. He was fired for what the administration said was lying about his conversations with Russian Ambassador Sergey Kislyak to Vice President Mike Pence.

Senior U.S. intelligence officials have also told NBC News that Putin was personally involved in the Russian effort to interfere with the U.S. election and how the information was used.

Kelly also moderated a panel Friday that included Putin at the St. Petersburg International Economic Forum. In highlights that aired on her show Sunday, Putin claimed alleged Russia may have been framed.

Putin said, that Internet protocol “addresses can be invented — a child can do that. Your underage daughter could do that. That is not proof,” he said.

Nick Timothy and Fiona Hill quit No 10 after election criticism