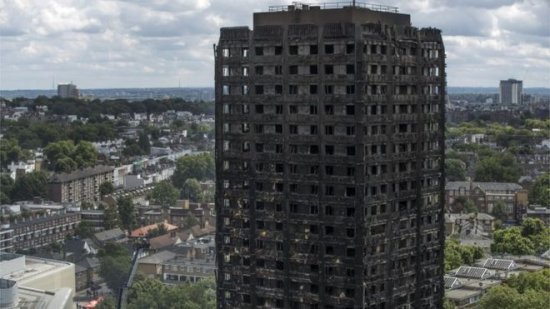 Police have warned they may never be able to identify all of the people who died in the fire that engulfed a west London block of flats.

Emergency services are to spend a third day searching for bodies in the burnt-out Grenfell Tower in North Kensington.

Seventeen people are known to have died but that figure is set to rise, with dozens missing – including families.

Fire chiefs say they do not expect to find more survivors, while Theresa May has ordered a full public inquiry.

The prime minister – who faced criticism for not meeting survivors of the tragedy on a visit to the scene on Thursday – said the victims “deserve answers”.

Emergency services were called to the 24-storey residential tower block shortly before 01:00 BST on Wednesday.

Six victims of the blaze have been provisionally identified.

However, Metropolitan Police Commander Stuart Cundy said there was “a risk that sadly we may not be able to identify everybody”.

Asked about the number of dead, he said he hoped the death toll would not reach “triple figures”.

The leader of Kensington and Chelsea Council – which owns the tower block – told BBC Two’s Newsnight that the authority would not use the type of cladding fitted to Grenfell Tower in other buildings in the borough.

The cladding – installed on the tower in a recent renovation – has come under scrutiny, with experts saying a more fire resistant type could have been used.

Councillor Nicholas Paget-Brown also said there had not been a “collective view” among residents in favour of installing sprinklers during the renovations.

He said it would have “delayed and made the refurbishment of the block more disruptive”.

Meanwhile, Conservative MP Chris Philp told the programme the public inquiry should produce interim findings to ensure swift action can be taken if residents in other tower blocks are at risk.

“If there are other buildings which have that dangerous cladding then immediate action needs to be taken in a matter of weeks, or months – not in a couple of years,” he added.

On Thursday, the first victim of the fire was named as Syrian refugee Mohammed Alhajali, 23.

In a statement, the Syria Solidarity Campaign said Mr Alhajali, a civil engineering student, had been in a flat on the 14th floor when the fire broke out, and had spent two hours on the phone to a friend in Syria.

He had been trying to get through to his family while he was waiting to be rescued.

“Mohammed came to this country for safety and the UK failed to protect him,” the group said.

His older brother, Omar, told the BBC he had lost Mohammed on the way out of the building.