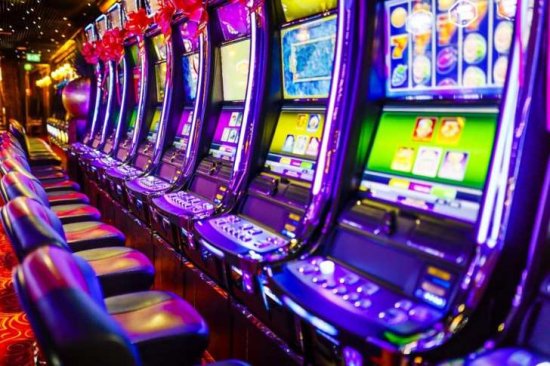 The Queens woman who was offered a steak dinner after staff said her $43 million win at a slot machine was the result of a glitch is suing the casino for the entire jackpot.

Katrina Bookman in August posed for a selfie at New York’s Resorts World Casino in front of the “Sphinx Slot Machine,” its screen promising her a grand prize of $42,949,672.76. When she attempted to collect her cash, however, casino employees told her she hadn’t actually won and offered her a complimentary steak dinner and $2.25 — the prize they claim her slot machine actually should have delivered.

Bookman’s lawyer, Alan Ripka, told CNN Money his client turned down the chump change and the dinner along with it. Instead, the mother of four filed a lawsuit against the casino off Rockaway Boulevard in the Queens County Supreme Court on Wednesday.

Ripka is seeking $43 million in damages from the resort. The suit also takes aim at Genting New York LLC, the casino’s parent company, and International Game Technology — the maker of the slot machine — for alleged common-law negligence, breach of contract and negligent representation, according to the 17-page complaint.

A resort spokesperson in August said Bookman’s win was the “result of an obvious malfunction,” noting the Sphinx Slot Machine’s highest payout was $6,500.

The state Gaming Commission at the time also dismissed the win as the machine displays a sign stating “Malfunctions void all pays and plays.”

Ripka said he repeatedly asked Resorts World Casino what caused the machine to glitch but has not yet received an answer according to CNN.

“I feel like they did me real dirty,” Bookman told the Daily News in August.

In the complaint, Bookman alleges the entire ordeal has caused her “mental anguish” and resulted in a financial setback because she did not have “the chance and/or opportunity to win.”

Peacock trashes liquor store in California to tune of $500