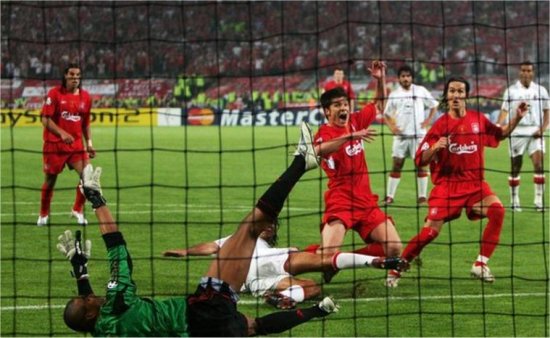 A proposal to scrap 45-minute halves is to be looked at by football’s lawmakers to deter time-wasting.

Instead, there could be two periods of 30 minutes with the clock stopped whenever the ball goes out of play.

Lawmaking body the International Football Association Board (Ifab) says matches only see about 60 minutes of “effective playing time” out of 90.

The idea is one of several put forward in a new strategy document designed to address football’s “negativities”.

Another proposal would see players not being allowed to follow up and score if a penalty is saved – if the spot-kick “is not successful”, play would stop and a goal-kick awarded.

Other ideas include a stadium clock linked to a referee’s watch and a new rule allowing players to effectively pass to themselves or dribble the ball when taking a free-kick.

Former Chelsea striker Gianfranco Zola is in favour of the proposal to cut matches to 60 minutes.

“I personally like this rule because there are so many teams who try to take advantage of it because they are winning and wasting time – so I think it is not a bad rule,” he told the BBC.

“Football is fast enough. Some of the changes I don’t like very much, but this is a good one.”

Arsenal keeper Petr Cech echoed Zola’s sentiments as he discussed the proposal on social media and wrote that at present there are “25 minutes of effective playing time per half so you would actually see more football”.

The ideas have been put forward to Ifab by stakeholders in the game to tackle “on-field issues” and form part of what it calls its “Play Fair strategy”, which has three aims of:

Part of the problem the new document highlights is that a 90-minute match has fewer than 60 minutes of playing time because of stoppages and time-wasting.

The document has put forward a number of radical ideas for discussion, but suggests some proposals can be implemented immediately without the need for law changes.

Most of these apply to trying to combat time-wasting. The document says match officials should be stricter on the rule which allows keepers to hold the ball for six seconds and be more stringent when calculating additional time.

Some of the proposals are already being tested. The idea of only allowing captains to speak to referees – to prevent match officials being mobbed – will be trialled at this summer’s Confederations Cup, which starts on Saturday.

New suggestions also include players who are being substituted leaving at the closest part of the touchline to them instead of at the halfway line.

This is where it gets interesting. One of the proposals would allow being able to dribble straight from a free-kick to “encourage attacking play as the player who is fouled can stop the ball and then immediately continue their dribble/attacking move”. Other measures include:

Ifab is made up of Fifa and the four British home football associations – of England, Scotland, Wales and Northern Ireland – and is responsible for making the final decision on law changes.

“Referees, players, coaches and fans all agree that improving player behaviour and respect for all participants and especially match officials, increasing playing time and the game’s fairness and attractiveness must be football’s main priority,” he said.

The next stage would involve the ideas being discussed at various meetings before decisions are taken on whether to develop them further or discard them.