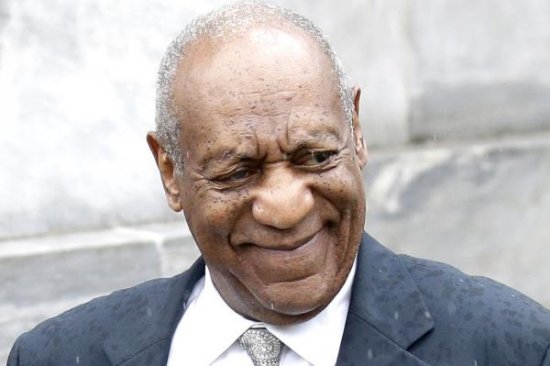 Montgomery County Judge Steven O’Neill declared a mistrial after the deadlocked jury of seven men and five women finished more than 50 hours of discussion. Jurors were unable to render a unanimous verdict on the three counts of felony aggravated indecent assault Cosby had been charged with.

“Do not in any way feel you have let the justice system down,” O’Neill told the jury in a Norristown, Pa. courtroom.

Although Cosby remains out of jail on $1 million bond after the ruling, the comedian’s publicist Andrew Wyatt said his client felt the result was a “total victory.”

The 79-year-old comedian did not testify in his own defense during the trial over charges he drugged and raped Andrea Constand, a former Temple University employee at his Philadelphia home in 2004. Constand was the women’s basketball team manager at Cosby’s alma mater.

Attorney Gloria Allred, who represents several women who have accused Cosby of sexual assault, told CNN she hopes the court will permit other “prior bad act witnesses” to testify.

“If the court allows more accusers to testify … it might make a difference. In other words, it’s too early to celebrate Mr. Cosby,” Allred said.

Constand testified during the trial on June 7 and said she became “frozen” after Cosby allegedly drugged her.

During the fifth day of deliberation on Friday, the sequestered jurors asked O’Neill to define the term “reasonable doubt” after telling the judge they could not come to a unanimous decision beyond a reasonable doubt the day before.

They also asked to review testimony Cosby gave in a 2005 deposition as part of a civil suit filed by Constand. In the deposition, Cosby said he once gave Quaaludes to a woman he met in the 1970s before having sex with her.

US singer Katy Perry is first to 100m Twitter followers