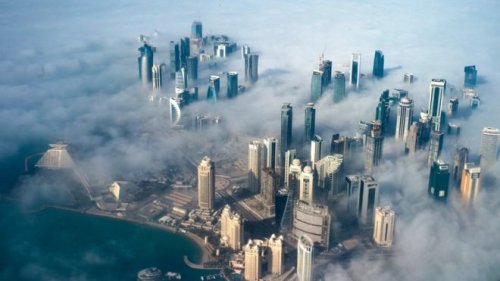 Qatar’s foreign minister has rejected a list of 13 conditions set by four Arab states for lifting sanctions, saying it is neither reasonable nor actionable.

Qatar is under strict sanctions from Saudi Arabia and its allies, Egypt, the UAE and Bahrain. They accuse Qatar of backing terrorism.

Among other things, they have demanded the closure of Al Jazeera TV, which is funded by the Qatari government.

The UAE’s foreign minister has suggested they may cut ties completely.

But Anwar Gargash added that the countries were not seeking to overthrow the Qatari leadership, the Associated Press news agency reports.

Qatar has been under unprecedented diplomatic and economic sanctions for more than two weeks, with Iran and Turkey increasingly supplying it with food and other goods.

It denies accusations that it is funding terrorism and fostering regional instability.

The four countries also want Qatar to reduce its ties with Iran and close a Turkish military base, setting a deadline on Friday of 10 days.

The government is reviewing the demands, a spokesman has said.

Qatari Foreign Minister Sheikh Mohammed bin Abdulrahman al-Thani, quoted by Al-Jazeera, said: “The US secretary of state recently called upon the blockading nations to produce a list of grievances that was ‘reasonable and actionable’.

“The British foreign secretary asked that the demands be ‘measured and realistic.’ This list does not satisfy that [sic] criteria.”

He said the demands were proof that the sanctions had “nothing to do with combating terrorism… [but] limiting Qatar’s sovereignty, and outsourcing our foreign policy”.

Al Jazeera accused them of trying to silence freedom of expression, adding: “We assert our right to practise our journalism professionally without bowing to pressure from any government or authority.”