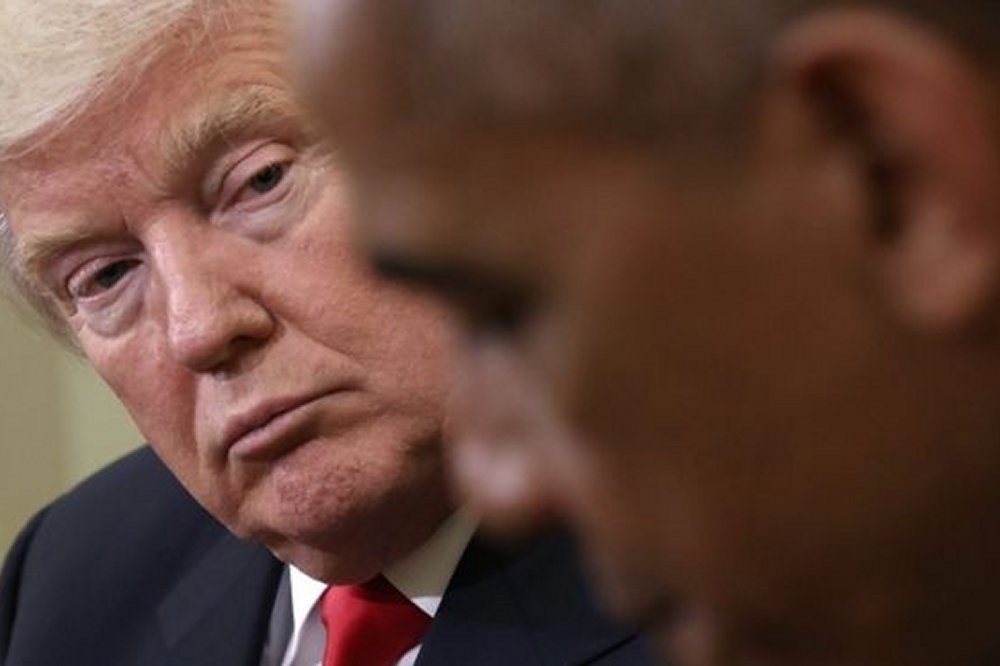 President Donald Trump has accused his predecessor Barack Obama of inaction over alleged Russian interference in the US election.

Mr Trump said Mr Obama had learned well before the poll about the accusations and “did nothing”.

His comments followed an article in the Washington Post which said that Mr Obama learned last August of President Vladimir Putin’s “direct involvement”.

The alleged meddling is the subject of high-level investigations in the US.

The Washington Post article says Mr Obama was told early last August by sources deep within the Russian government that Mr Putin was directly involved in a cyber campaign to disrupt the election, injure Hillary Clinton and aid a Trump victory.

The Post said Mr Obama secretly debated dozens of options to punish Russia but in the end settled on what it called symbolic measures – the expulsion of 35 diplomats and closure of two Russian compounds. They came in late December, well after the election.

The Post reported that Mr Obama was concerned he might himself be seen as trying to manipulate the election.

The paper quoted a former administration official as saying: “From national security people there was a sense of immediate introspection, of, ‘Wow, did we mishandle this’.”

Measures Mr Obama had considered but which were not put into action included planting cyber weapons in the Russian infrastructure and releasing information personally damaging to Mr Putin.

Mr Trump tweeted on Friday: “The Obama Administration knew far in advance of November 8th about election meddling by Russia. Did nothing about it. WHY?”

He followed that up with two more tweets on Saturday, the second saying: “Obama Administration official said they “choked” when it came to acting on Russian meddling of election. They didn’t want to hurt Hillary?”

He repeats the argument in an interview with Fox News, which will air on Sunday.

Allegations of collusion between the Trump team and Russian officials during the election have dogged the president’s first five months in office.

He has repeatedly denied the allegations, calling the investigations a “witch hunt”.

US investigators are looking into whether Russian cyber hackers targeted US electoral systems to help Mr Trump win – something Moscow has strongly denied.

They involve the president’s firing of FBI chief James Comey, who led one of the inquiries, and Mr Trump’s alleged attempt to end a probe into sacked national security adviser Michael Flynn.

Ohio sites hacked with IS message