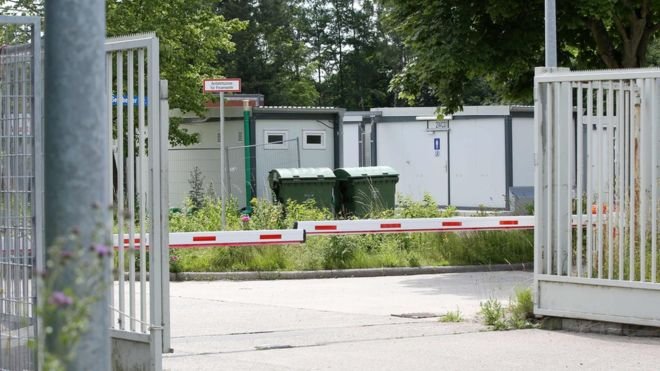 They were drafted in to police a summit in Hamburg next week of 20 of the world’s most powerful leaders and now they have been sent home in disgrace.

The 220 police from Berlin were spotted at a barracks indulging in a variety of outdoor antics such as having sex and urinating in a group against a fence.

Their Berlin bosses cringed with embarrassment and said more officers would be sent out to replace them.

The G20 summit is expected to attract big anti-globalisation protests.

Berlin is providing 1,000 police as part of an overall force of 20,000 brought in to secure the event on 7 and 8 July. Spokesman Thomas Neuendorf said it was “simply embarrassing how colleagues have behaved”.

The partying appears to have begun soon after 500 Berlin officers arrived on Sunday evening at a barracks near Bad Segeberg north of Hamburg. The “unfortunate and over-the-top behaviour” involved off-duty officers in a closed area, according to Berlin police president Klaus Kandt.

According to an account published by Berlin’s BZ newspaper, dozens of police partied into the night outside container blocks while some went further:

There was no denial from the Berlin force although one riot officer told BZ on Wednesday that some of the claims were merely rumours, particularly a report that a fight had broken out involving an officer from the western city of Wuppertal.

The unnamed officer said the Berlin police had plenty of free time as their first shift was not until Monday night. They had wanted to watch TV but the TV room had been locked, he said.

Security for the G20 summit came under scrutiny earlier this week when Germany made clear it did not expect a number of personal bodyguards of Turkish President Recep Tayyip Erdogan to come to Hamburg.

Last month several protesters were hurt in an attack outside the Turkish ambassador’s residence in Washington DC. President Erdogan’s bodyguards were among 12 Turkish security agents charged with assault.