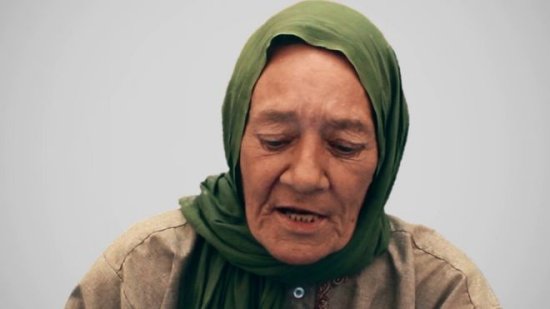 A Mali-based al-Qaeda affiliate has released a video of six foreign hostages ahead of a visit by French President Emmanuel Macron to the country.

They include a French NGO worker, an elderly Australian surgeon and a Colombian nun.

No “genuine” negotiations to release them have taken place, the video says.

Mr Macron is in Mali to consolidate western backing for a regional force against the militants.

Among the hostages seen in the footage is Sophie Petronin, who was abducted last December in the town of Gao, where she ran an NGO helping malnourished children.

The video’s narrator said Ms Petronin was hoping that Mr Macron would help return her to her family.

He said France would “put all our energy towards eradicating” those who had kidnapped Ms Petronin.

The video also shows South African hostage Stephen McGown asking when his ordeal will come to an end.

Mr McGown was kidnapped from a hotel in Timbuktu in 2011 along with two others, Swede Johan Gustafsson – who was released last month – and Dutchman Sjaak Rijke – who was freed by French special forces in 2015.

Also shown is Australian Ken Elliott, who is in his 80s. He was abducted in January 2015 in Djibo with his wife Jocelyn, where the couple had been running the town’s only medical facilities. Jocelyn was released in February 2016.

“To my family I just want to say again I love you all,” he says.

The others are Romanian mineworker Iulian Ghergut, who says he was abducted in Burkina Faso in April 2015, Swiss missionary Beatrice Stockly, kidnapped in Mali in January 2016, and Colombian nun Gloria Argoti, seized in Mali in February.

The 17-minute video was released by a group calling itself the Group to Support Islam and Muslims, formed in early March as a result of a merger between Mali-based jihadist group Ansar Dine, al-Mourabitoun, and the Sahara branch of al-Qaeda in the Islamic Maghreb (AQIM).

Mali’s security has gradually worsened since 2013, when French forces repelled allied Islamist and Tuareg rebel fighters who had seized control of much of the north.

Mr Macron wants greater support for the Sahel G5, who are setting up a 5,000-strong force based in Sévaré in central Mali to fight rising militant attacks.

He hopes to help raise funds for the force – so far, the EU has pledged only €50m (£44m; $57m), while Mali’s foreign minister has estimated that the force would cost closer to €400m.

Mr Macron said attempts to combat terrorism needed to be accompanied by parallel efforts to improve development in the region, including fighting climate change and improving governance.

Last month, five people – soldiers from Portugal and Mali, a Malian woman working for the EU mission and civilians from China and Gabon – were killed when gunmen from an al-Qaeda-linked group stormed a tourist resort near the capital Bamako.