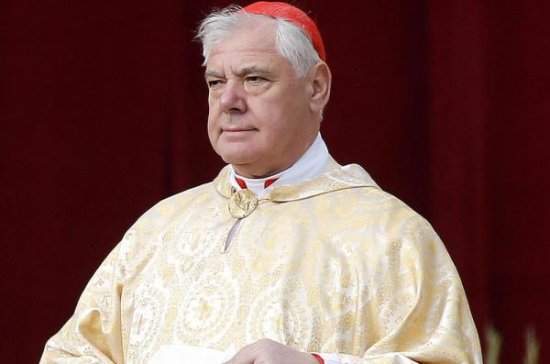 On Saturday, Francis named Archbishop Luis Ladaria, 73, to succeed conservative Mueller as the Vatican’s doctrine chief with Congregation for the Doctrine of the Faith

On Thursday, the pope granted another conservative, Cardinal George Pell, a leave of absence to return to his native Australia to face trial on sexual assault charges.

Mueller and Pell were among the most powerful in the Vatican under the Vatican secretary of state, Cardinal Pietro Parolin.

Emeritus Pope Benedict XVI had named Mueller, a fellow German countryman, to lead the Doctrine of the Faith in 2012. Mueller previously served for 10 years as the bishop of the southeastern German diocese of Regensburg.

The five-year term of Mueller, who turned 70 in December, ends this weekend. The normal retirement age for bishops is 75.

During Mueller’s tenure, the sex abuse caseload has piled up. Last year, Francis confirmed the backlog was 2,000 cases.

Mueller opposed Francis’ 2016 document on family life, “The Joy of Love,” in which he was open to letting divorced and civilly remarried Catholics receive Communion.

Mueller didn’t join a campaign by four conservative cardinals attacking the pope’s document as vague and confusing and publicly requesting Francis clarify it. Mueller defended the document, saying it actually doesn’t allows Communion for these Catholics because church tradition simply could not permit it.

But in an interview in May with EWTN when asked about the matter, the cardinal stated: “We don’t accept polygamy.”

Mueller also said that it is “not possible” for women to be ordained to the diaconate and that female deacons “will not come.”

Ladaria, a Spanish Jesuit, was appointed to lead a commission to study whether women could be deacons in the church. Benedict named Ladaria as secretary in the congregation in 2008, the second-highest position in the congregation.