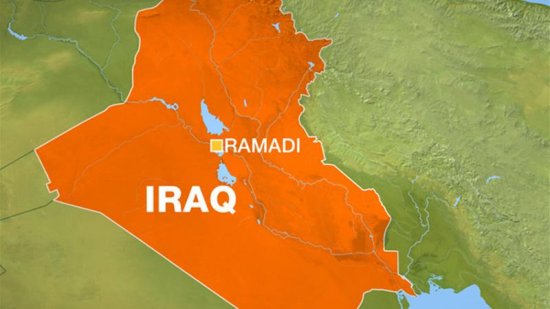 At least eight people, including four civilians, have been killed after a suicide bomber blew himself up at a camp for internally displaced people in central Iraq, security sources told Al Jazeera.

The attacker on Sunday approached a checkpoint and an aid group at the 60 KM camp in western Ramadi, in Iraq’s Anbar province.

The AFP news agency quoted a doctor and a police officer as putting the death toll from the attack at 14, with most of the victims being women and children.

At least 13 people were also wounded in the blast.

Adnan Fayhan, the head of the local council in the Al-Wafaa area, where the camp is located, said that the camp would be closed following the attack.

“All the displaced people in the camp will be brought to the 18 Kilo camp west of Ramadi,” as it is “safer and receives more aid,” Fayhan said.

“The 60 Kilo camp will be closed after all the displaced people have been brought to the 18 Kilo camp,” he said.

There was no immediate claim of responsibility, but ISIL, also known as ISIS, frequently carries out suicide bombings targeting civilians in Iraq.

ISIL overran large areas north and west of the capital, Baghdad in 2014, but Iraqi forces backed by US-led air raids and other support have since regained much of the territory they lost.

Further north, in Iraq’s second city of Mosul, US-backed Iraqi forces said on Sunday that they had completely surrounded ISIL fighters as they continued to make gains in a final push to retake the city from the armed group.

Qatar is given a further 48 hours to agree to demands