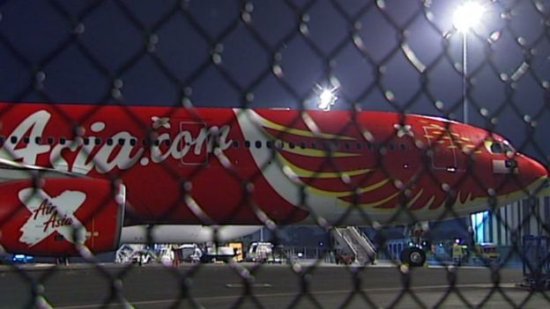 An AirAsia X flight bound for Kuala Lumpur has been forced turn back to Australia after a suspected bird strike left passengers shaken.

The jet, carrying 359 people, ran into trouble after taking off from the Gold Coast in Australia.

Passengers reported hearing loud noises and seeing sparks coming from an engine before the flight landed safely in Brisbane an hour later.

“Two bird remains were found on the runway,” the airline said.

One passenger, Tim Joga, said he heard “four or five bangs” before seeing an “orange light” outside.

“The plane started shuddering then there were a couple of loud bangs and a lot of light,” he told the Sydney Morning Herald.

“Successive sparks boom boom boom went off and some people were crying and calling out ‘oh my god oh my god’,” he wrote on Facebook.

“AirAsia X will arrange for a special flight to transport all guests on Flight D7 207 to Kuala Lumpur as soon as possible,” he said in a statement.

Last week, an AirAsia X flight was forced to turn back to Perth after an engine problem left it “shaking like a washing machine”.

Earlier this month a China Eastern Airlines flight made an emergency landing in Sydney after a huge hole appeared in one of its engine casings.

In December 2014, an AirAsia plane crashed into the Java Sea, killing all 162 people on board after the aircraft’s rudder control system malfunctioned during the flight.

US laptop ban lifted on Kuwait Airways and Royal Jordanian

Etihad flights to and from US avoid laptop ban