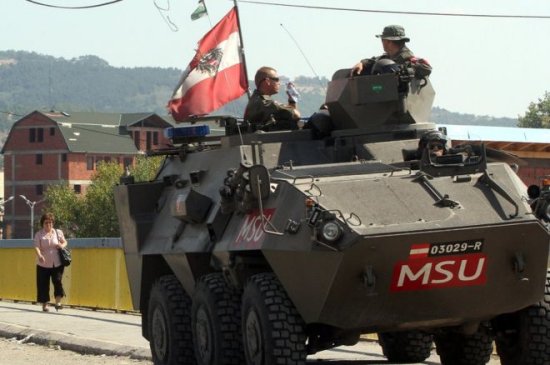 Italy has summoned Austria’s ambassador after the government in Vienna announced it was ready to deploy border troops to block any migrant influx.

He said four Pandur armoured personnel carriers had been sent to the Tyrol region and 750 troops were on standby.

Austria has border checks with Hungary and Slovenia. But elsewhere it adheres to the EU open borders system.

Mr Doskozil said a military deployment at the busy Alpine pass, on the Italian border, would be “indispensable if the influx into Italy [across the Mediterranean] does not diminish”.

People-smuggling gangs have been exploiting the violence and chaos in Libya. The shortest crossing from Libya to Italy is only about 460km (290 miles).

Italy has warned that the current scale of migrant arrivals is unsustainable and that it could even close its ports and impound aid agencies’ rescue ships.

The EU’s Schengen system – free movement across most European borders – was overwhelmed by an influx of migrants and refugees in 2015.

They reached Central Europe via the Balkans – and most sought asylum in Germany. Since then, tighter border controls in the Balkans have reduced the numbers heading north from Greece.

Most of the influx to Austria was via Hungary. Many of those who came by train or on foot were refugees from Syria, Iraq and other conflict zones.

The Brenner Pass is now seen as a potential migration hotspot, as the influx to Italy so far this year is higher than last year.

So far 101,000 migrants have entered Europe in 2017 via the Mediterranean and according to the latest figures, 2,247 people have died or are missing at sea.

Trump in Warsaw speech: Western civilisation is at stake