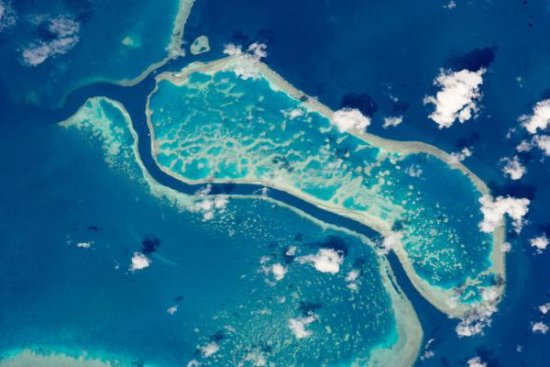 The perfect combination of factors conspired to trigger widespread bleaching on Australia’s Great Barrier Reef in 2016. In a new study, scientists in Australia and Belgium detailed the “perfect storm” of oceanic conditions.

Aerial surveys showed evidence of bleaching among 90 percent of the coral populating portions of the Great Barrier Reef, including coral in the Torres Strait and along the northern Great Barrier Reef. The bleaching event proved worse than those triggered by previous warm summers, including an El Nino event in 1998.

“The extensive coral bleaching in these areas during the summer of 2016 was an unwelcome surprise,” Eric Wolanski, an oceanographer at James Cook University, said in a news release.

Analysis of ocean data suggests the record bleaching event began as water temperatures spiked in the Gulf of Carpentaria, a large bay on the northern coast of Australia. Patches of extremely warm water drifted east into the Torres Strait and then south along the Great Barrier Reef.

In 2016, the opposite happened. Warm water from he north prevented cooling and allowed the water surrounding to the Great Barrier Reef to grow warmer and warmer.

The combination of warm water currents and solar heating made for a perfect thermal storm. Researchers detailed the chain of events that led to the 2016 bleaching event in a new study, published this week in the journal Estuarine, Coastal and Shelf Science.

“What we presented is our best-informed attempt to reveal the mechanisms involved in causing the event,” said Wolanski, “based on the available oceanographic data combined with the existing body of knowledge on the water circulation in and around the Torres Strait-Northern Great Barrier Reef region.”