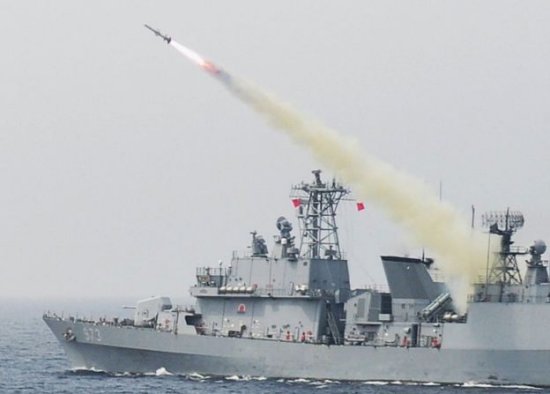 The US has said it will use its “considerable military forces” on North Korea “if we must”, following Tuesday’s long-range missile test.

US ambassador Nikki Haley said a new resolution would also be tabled against Pyongyang at the United Nations.

She described the test as a sharp military escalation and also threatened to use trade restrictions.

Hours after she spoke, the US and South Korea fired more missiles into the Sea of Japan as part of military drills.

But Pyongyang said it would not negotiate unless the US ended its “hostile policy” against North Korea. China and Russia also opposed the use of military force.

Tuesday’s missile launch, the latest in a series of tests, was in defiance of a ban by the UN Security Council.

Meanwhile, US Defence Secretary Jim Mattis and his Japanese counterpart Tomomi Inada said the test was an “unacceptable provocation”.

Gen Mattis said the US was committed to defending Japan and providing deterrence, according to a statement released by the US defence department after their phone call.

What exactly did the US say?

On Wednesday Ms Haley warned North Korea’s test launch of an intercontinental ballistic missile (ICBM) was “quickly closing off the possibility of a diplomatic solution”.

“The United States is prepared to use the full range of our capabilities to defend ourselves, and our allies,” she told an emergency session of the UN Security Council.

“One of our capabilities lies with our considerable military forces. We will use them, if we must, but we prefer not to have to go in that direction.”

On Thursday in South Korea, the US held a joint military drill with the South’s troops for a second day in response to the missile test.

Ms Haley also said the US could cut off trade with countries which continued to trade with North Korea in violation of UN resolutions.

“We will look at any country that chooses to do business with this outlaw regime,” she said.

Earlier, US President Donald Trump criticised China for its trade with North Korea.

Mr Trump is due to meet Chinese President Xi Jinping when they attend a G20 summit in Hamburg, Germany, where world leaders are expected to discuss the missile test.