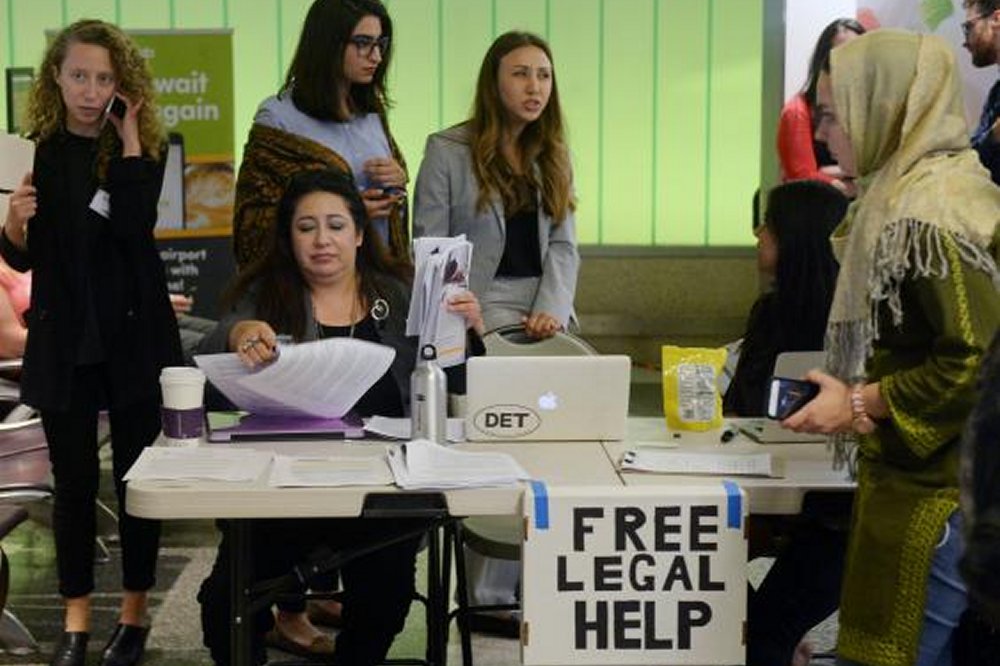 The panel of three judges said it did not have jurisdiction to issue a ruling over Hawaii’s request to make grandparents and other relatives of people already living in the United States exempt from the ban.

Friday’s ruling came a day after U.S. District Court Judge Derrick Watson of the District of Hawaii declined to clarify the scope of the ban and encouraged the plaintiffs to seek guidance from the U.S. Supreme Court.

Judges Michael Hawkins, Ronald Gould and Richard Paez said in their Friday ruling they “do not fault” Watson for rejecting Hawaii’s request and suggested the plaintiffs made an error by asking the district judge to “clarify” the instructions rather than requesting “injunctive relief or to modify the injunction” of the ban.

The State Department decided that parents, parents-in-law, spouses, fiancées, children, and children-in-law were exempt from the ban, while grandparents, aunts, uncles, cousins, nieces, nephews and siblings-in-law would be subject to the ban.

“Every day that passes is a day when our government is turning away human beings – from newborn children to elderly grandparents – whom the injunction requires to be admitted,” the state argued to the appeals court.

The U.S. Department of Justice expressed pleasure with Watson’s decision, which kept the terms of the ban in place.

“If the plaintiffs elect to proceed, we are confident that the U.S. Supreme Court will again vindicate the President and his constitutional duty to protect the national security of the United States,” the department said.

A mother killed in mass shooting at baby shower