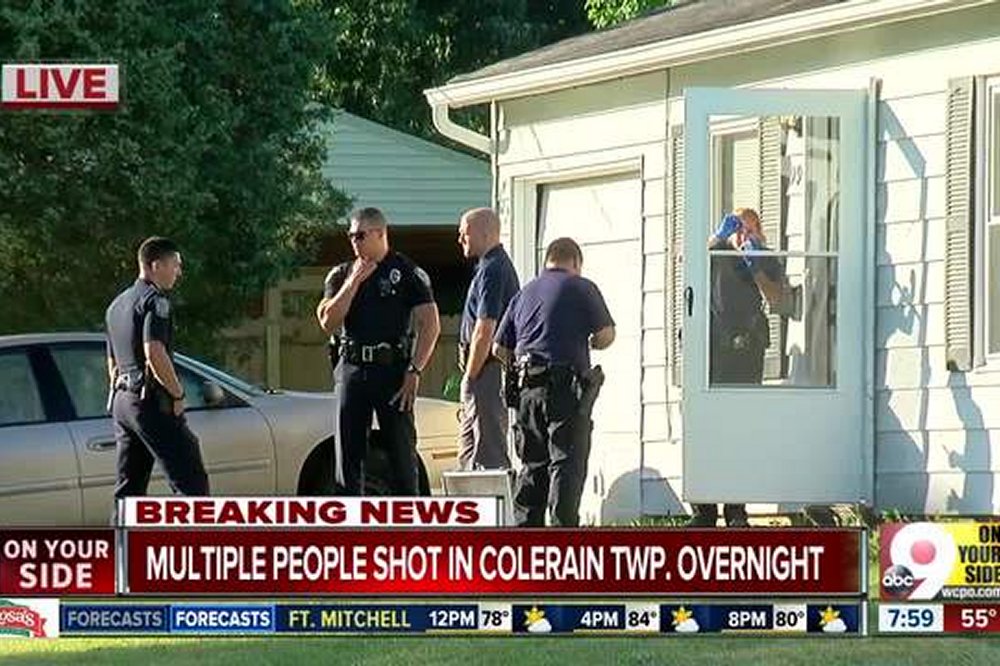 A 22-year-old woman was shot to death during a gender reveal shower near Cincinnati, Ohio Sunday.

Eight others, including several children and a pregnant woman, were also wounded.

Autum Garrett of Huntington, Ind., was found dead at the scene, according to police. Three children, ages 8, 6 and 2, were also wounded but treated at a local hospital for non-life-threatening injuries.

According to a GoFundMe page created for Garrett, two of her children and her husband were also injured during the shooting.

An expectant mother at the party was shot in her leg and her family told WLWT that the injury caused her to lose her baby.

The shooting lasted “maybe a minute or two” before the shooters fled the scene, according to Colerain Township Police Chief Mark Denney,

A woman sitting in her car saw the two men go into the home and heard gunshots.

“Two guys just came in and shot people in the house,” she told the dispatcher. “There was little kids hurt and everything. I was sitting in my car. They just ran in and started shooting. There’s a pregnant girl here.”

Police have not yet made an arrest and are still searching for a motive.

“We’re not sure if they were allowed in or they forced entry at this point,” Denney told reporters. “We don’t know who the suspects are and why they did this.”