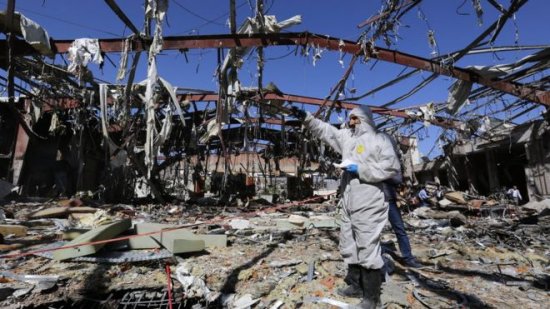 The High Court is to rule later on the legality of UK arms exports to Saudi Arabia.

The court will decide whether the British government failed to suspend weapons sales to the Saudi kingdom, which is fighting a war in Yemen.

The UN claims Saudi air strikes against Houthi rebels in that country have caused thousands of civilian deaths.

The Campaign Against the Arms Trade, which is bringing the case, claims the UK has contravened humanitarian law.

The sales contribute to thousands of engineering jobs in the UK, and have provided billions of pounds of revenue for the British arms trade.

Saudi Arabia has been supporting Yemen’s internationally-recognised government after a civil war broke out in 2015.

Since then the Saudi kingdom, and eight other mostly Sunni Arab states, have supported an air campaign aimed at restoring Mr Hadi’s government.

BBC security correspondent Frank Gardner said: “For more than two years now the Saudis have been conducting air strikes there against Houthi rebels but the UN blames these attacks for the majority of civilian deaths.

“Monday’s verdict could have far-reaching consequences for Britain’s relations with its Gulf Arab allies.”

Restrictions on food and fuel imports have pushed Yemen to the brink of famine, and two million people in the country have been internally displaced.