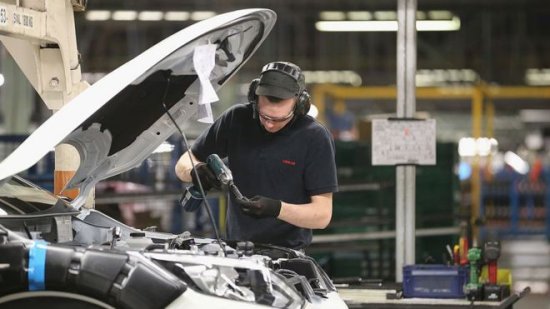 Chancellor Philip Hammond has told the BBC’s Andrew Marr Show that businesses are holding off from investing in the UK because of uncertainty about Brexit.

“It is absolutely clear businesses where they have discretion over investment, where they can hold off, are doing so – you can understand why.

“They are waiting for more clarity about what the future relationship with Europe will look like,” he said.

The second round of Brexit negotiations take place in Brussels on Monday.

The CBI called on the government to quickly secure a future EU trade deal.

Mr Hammond said that government ministers were becoming increasingly convinced of the need for transitional arrangements to reduce disruption as the UK leaves the EU.

“Five weeks ago the idea of a transition period was quite a new concept, I think now you would find that pretty much everybody around the cabinet table accepts that there will be some kind of transition,” he said.

“We’re into a real process now with the start of negotiations and I think you’ll find the cabinet rallying around a position that maximises our negotiating leverage and gets the best possible deal for Britain.”

He said a transitional arrangement was “right and sensible both for the UK and EU” and could potentially take a “couple of years”.

Brexit minister David Davis is due in Brussels on Monday for the next round of talks with EU officials.

Ministers have talked of a transitional period after the UK leaves the EU to avoid a “cliff edge” scenario, but the length and precise arrangements have yet to be decided.

Speaking on the BBC’s Sunday Politics show, International Trade Secretary Liam Fox said any transitional period should be “very time-limited”, and should allow the UK to strike new trade deals – something it is unable to do as part of the EU’s customs union.

Mr Fox accepted it was not clear whether the UK would have the power to finalise deals during this period.

Pressed on whether the UK could even negotiate during the transition, he said: “Well, I’d hope we’d be able to do that and I hope that’s one of the conditions we would set.”

He added: “It’s certainly something I would want to see because otherwise it makes it much more difficult for us to take advantage of the opportunities that Brexit itself would produce.”

Rain Newton-Smith, chief economist at the CBI business lobby group, said: “To help British business remain optimistic and keep uncertainty at bay, the government must work quickly to agree the terms of the [Brexit] transition and future trading arrangements.

“That’s why the CBI has suggested staying in the single market and a customs union until a final deal comes into force.

“This is the simplest way of ensuring companies don’t face a damaging cliff-edge and that trade flows can continue without disruption.”

Labour says it would seek to preserve all the benefits of the single market and customs union if it was leading the negotiations.

Shadow business secretary Rebecca Long-Bailey told the Sunday Politics that Labour could seek to retain full membership of both bodies.

But she admitted it was “probably unlikely” a deal could be struck giving Labour control over laws and borders at the same time.

“If we could negotiate an agreement on remaining in the single market that dealt with all of those issues, then that would be fantastic,” she said.

“Whether that’s likely remains to be seen.

“We want to retain the benefits that we currently have within the customs union. We want to have our cake and eat it – as do most parties in Westminster – in terms of being able to negotiate our own trade deals.”

Related Topics:BrexitBusinessCBIPhilip Hammond
Up Next