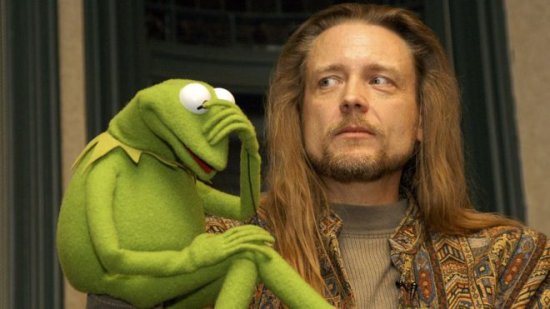 The Muppets Studio have said they fired Steve Whitmire, who had voiced Kermit the Frog for 27 years, for “unacceptable business conduct”.

Last week it was announced Whitmire was to be replaced but no reason was given.

Whitmire has told the Hollywood Reporter it was because he spoke up against changes being made to the character he felt were against what creator Jim Henson would have wanted.

“They felt I had been ‘disrespectful’ in being outspoken,” he said.

A statement from the Muppet Studios said it was due to his “unacceptable business conduct.”

“The role of Kermit the Frog is an iconic one that is beloved by fans and we take our responsibility to protect the integrity of that character very seriously.

“We raised concerns about Steve’s repeated unacceptable business conduct over a period of many years and he consistently failed to address the feedback. The decision to part ways was a difficult one which was made in consultation with the Henson family and has their full support.”

Jim Henson’s son and daughter Lisa Henson and Brian Henson, President and Chairman of the Jim Henson Company, both spoke to the New York Times about backing the decision.

Whitmire took over as Kermit’s handler and voice actor after creator Jim Henson died in 1990.

When it was revealed last week he had been let go, Whitmire said he was “devastated to have failed in my duty to my hero”.

Now he has revealed he was actually fired in October and he said it was for two reasons.

One involved the production of The Muppets TV show, which was cancelled after one series.

“The first issue was that they felt I had been ‘disrespectful’ in being outspoken on character issues with the small group of top creative people during the ABC series.

“I have been outspoken about what’s best for The Muppets since The Muppets came to Disney [2004], but the fact is I have respect for everyone who was involved in the creation of that series for their own particular contributions.

“At the same time, I also have insight into their limitations with respect to how well they know The Muppets.”

He said one instance was over an episode in which Kermit lied to his nephew, Robin, about his break-up with Miss Piggy.

“I don’t think Kermit would lie to him… Kermit is too compassionate to lie to him to spare his feelings.

“I thought I was aiding to keep it on track, and I think a big reason why the show was cancelled was because that didn’t happen. I am not saying my notes would have saved it, but I think had they listened more to all of the performers, it would have made a really big difference.”

He said the other reason he was fired was over a union issue.

Whitmire is going to be replaced by Matt Vogel as the voice of Kermit.