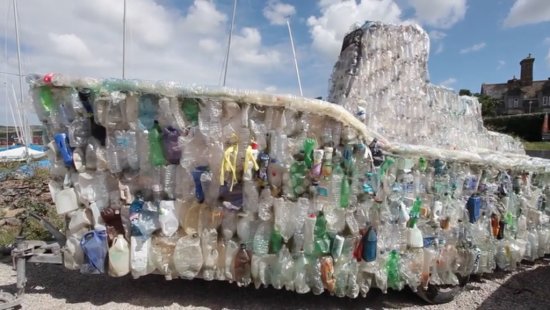 A British environmental charity built a full-sized boat from plastic bottles that washed up on the country’s beaches to raise awareness of pollution.

Surfers Against Sewage built the boat on a beach in Marazion, England, from thousands of bottles collected from various beaches around Britain.

The group said the boat — dubbed Boaty McBottleface in honor of infamous research vessel name suggestion Boaty McBoatface — is part of the charity’s “Wasteland” project, which aims to raise awareness of plastic waste in the ocean.

The charity said it is offering a five-point plan to help communities go plastic-free.

It was unclear whether Boaty McBottleface is seaworthy.

Pennsylvania parents get 7 years each for ‘gifting’ daughters