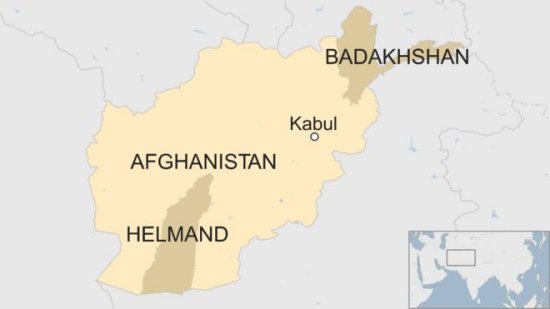 Afghan troops have been killed as US planes fired on them in the southern Helmand province, the US military says.

“We would like to express our deepest condolences to the families affected by this unfortunate incident,” it says, without detailing how many Afghans died.

Afghan forces, backed by US air strikes, have been fighting Taliban militants in the area.

In a statement, the US military says the Afghan government had been notified after the air strike.

It also promises an investigation into the incident.

In a separate development, there are reports of numerous casualties after the Taliban ambushed an Afghan police patrol in the north-eastern Badakhshan province.

Some reports say at least 10 police officers were killed, while local officials put the figure at 35.

Martial law extended in the Philippines

US to ban Americans from travelling to North Korea