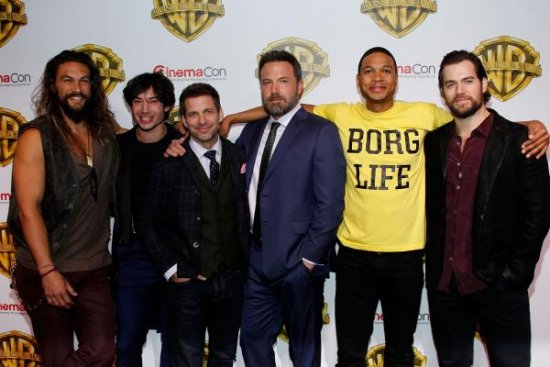 Ben Affleck has scotched rumours he is quitting as the caped crusader after his upcoming role in Justice League.

He’d been due to star in and direct another standalone film – The Batman – but pulled out of directing duties in January.

After Affleck’s script was also ditched by incoming director Matt Reeves, it looked like he was going to jump ship.

But he denied he was leaving the franchise, saying: “Batman is the coolest part in any universe.”

“Let me very clear – I am the luckiest guy in the world. I’m so thrilled to do it,” the star told fans at Comic-Con on Saturday.

“There’s a misconception that because I wasn’t directing it, I wasn’t enthusiastic about it, but it’s amazing.”

Affleck also addressed reports that Warner Bros was working on plans to “usher out” his Batman gracefully as he is getting too old.

“I still can’t believe that after two films [Warner Bros bosses] Kevin Tsujihara, Sue Kroll and Toby Emmerich have said, ‘We want you to be our Batman’ – and I believe them.”

Regarding War for the Planet of the Apes director Reeves taking over his directing role and starting afresh with scripting, Affleck said: “I would be an ape on the ground for Matt Reeves, never mind Batman.

“It’s a great time in the DC universe, so you can see why I am so excited to be Batman.”

The Warner Bros panel also featured a new Justice League trailer and confirmed that Gal Gadot’s Wonder Woman would be getting a sequel.