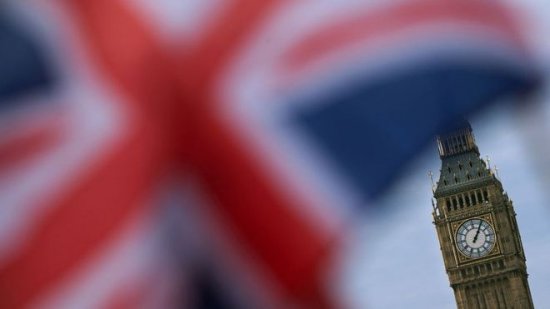 The UK and US economies will expand more slowly in 2017 than previously predicted, according to the International Monetary Fund (IMF).

It said “weaker-than-expected activity” in the first three months of the year meant the UK would grow by 1.7%, compared with an earlier 2% forecast.

The UK growth forecast for 2018 remains unchanged at 1.5%, but US growth for next year is now predicted to come in at 2.1%, instead of the 2.5% previously forecast.

In its latest World Economic Outlook, the IMF said the “pick-up in global growth” that it had anticipated in its previous survey in April remained “on track”.

But it added that while the global growth projection was unchanged that masked “somewhat different contributions at the country level”.

The IMF’s chief economist, Maurice Obstfeld, told the BBC that the organisation was watching closely the impact of Brexit on the UK’s future economic health.

“We have long predicted that Brexit would have some negative long-term effects, but in the case of this year’s forecast [downgrade] we are basing it purely on the observation of data for the first part of this year which has been weaker than expected.

“Our projections for long-term British growth are actually based on a pretty optimistic assessment of how the negotiations are likely to turn out, so if things are worse than that it will turn out to be correspondingly worse for the British economy.”

A UK Treasury spokesperson said the IMF forecast underlined why the government’s plans to increase productivity and get “the very best deal with the EU” after Brexit were “vitally important”.

“Employment is at a record high and the deficit is down by three quarters, showing that the fundamentals of our economy are strong,” they added.

Economists warned that IMF forecasts were not always right.

“The IMF, a multi-lateral institution, takes a step back and looks at a broad range of activities across the world, but they do sometimes get things wrong and we wouldn’t want to put too much emphasis on what’s been released today,” said Lucy O’Carroll, chief economist of Aberdeen Asset Management.

The IMF said that the main factor behind its downward revision for US growth in 2018 was “the assumption that fiscal policy will be less expansionary than previously assumed, given the uncertainty about the timing and nature of US fiscal policy changes”.

President Donald Trump’s administration had been widely expected to pursue policies including tax cuts and infrastructure investment to try to boost the US economy.

However, the chances of the administration being able to push through these policies now appears less likely.

The IMF’s outlook for several eurozone economies was brighter than initially thought, with countries including France, Germany, Italy and Spain seeing growth forecasts revised up.

The biggest eurozone revisions were for the Spanish and Italian economies. Spain is now forecast to grow 3.1% this year, up from the previous prediction of 2.6%. Italy’s 2017 growth forecast has risen from 0.8% to 1.3%.

The IMF said first-quarter growth in many of those countries was better than expected, and that there was evidence of “stronger momentum in domestic demand than previously anticipated”.

China’s growth projections have also been revised up, reflecting, the Fund says, “a strong first quarter of 2017 and expectations of continued fiscal support”.

The IMF hailed China’s “policy easing and supply-side reforms”, including efforts to reduce excess capacity in the industrial sector.

Private equity firm KKR to buy WebMD for $2.8B