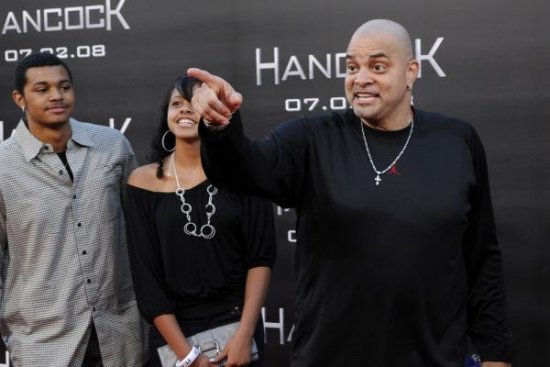 A plane carrying Sinbad had to divert after it ran into a flock of birds, the comedian tweeted Saturday.

“Our plane hit a dozen birds on takeoff out of Jacksonville . We had to go back and land,” he wrote.

A spokesperson for the Jacksonville International Airport confirmed to Action News Jax that the plane ran into a flock of birds at about 3,000 feet in the air moments after departing.

Sinbad finished a show in Jacksonville, Fla. and was on his way to Tunica, Miss. For the next stop on his tour. But the plane diversion – along with a weather delay once a new flight was created – forced the comedian to cancel the Tunica show.

“Just before we get ready to board the NEW flight ..a storm hits Jacksonville. Does God not want me to go to Mississippi,” he wrote, adding a smiley face emoji. “Want to apologize to everyone that bought tickets to tonight’s show at the Gold Strike in Tunica. My planes were hit by birds and storms.”

Sinbad ended up having a bad travel night.

There were no injuries during the incident.