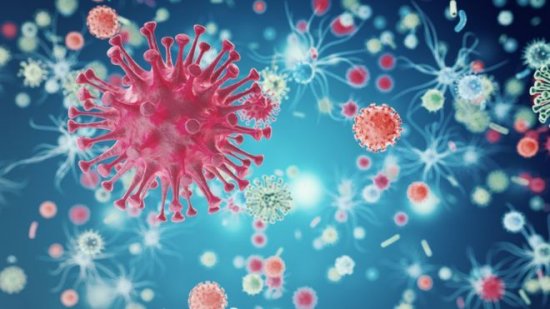 A nine-year-old infected with HIV at birth has spent most of their life without needing any treatment, say doctors in South Africa.

The child, whose identity is being protected, was given a burst of treatment shortly after birth.

They have since been off drugs for eight-and-a-half years without symptoms or signs of active virus.

The family is said to be “really delighted”.

Most people need treatment every day to prevent HIV destroying the immune system and causing Aids.

Understanding how the child is protected could lead to new drugs or a vaccine for stopping HIV.

The child caught the infection from their mother around the time of birth in 2007. They had very high levels of HIV in the blood.

Early antiretroviral therapy was not standard practice at the time, but was given to the child from nine weeks old as part of a clinical trial.

Levels of the virus became undetectable, treatment was stopped after 40 weeks and unlike anybody else on the study – the virus has not returned.

Early therapy which attacks the virus before it has a chance to fully establish itself has been implicated in child “cure” cases twice before.

The “Mississippi Baby” was put on treatment within 30 hours of birth and went 27 months without treatment before HIV re-emerged in her blood.

There was also a case in France with a patient who has now gone more than 11 years without drugs.

Dr Avy Violari, the head of paediatric research at the Perinal HIV Research Unit in Johannesburg, said: “We don’t believe that antiretroviral therapy alone can lead to remission.

“We don’t really know what’s the reason why this child has achieved remission – we believe it’s either genetic or immune system-related.”

Some people are naturally better at dealing with an HIV infection – so-called “elite controllers”. However, whatever the child has is different to anything that has been seen before.

Replicating it as a new form of therapy – a drug, antibody or vaccine – would have the potential to help other patients.

HIV can hide inside them – called latent HIV – for long periods of time, so there is still a danger the child could need drug treatment in the future.

The team in Johannesburg performed the study alongside the UK’s MRC Clinical Trials Unit.

Prof Diana Gibb, who is based in London, told the BBC News website: “It captures the imagination because you’ve got a virtual cure and it is exciting to see cases like this.

“HIV is still a massive problem around the world and we mustn’t put all our eyes on to one phenomenon like this, as opposed to looking at the bigger issues for Africa.”

Worldwide, 36.7 million people are living with HIV and only 53% of them are receiving antiretroviral therapy.

Dr Anthony Fauci, the director of the National Institute of Allergy and Infectious Diseases, said: “Further study is needed to learn how to induce long-term HIV remission in infected babies.

“However, this new case strengthens our hope that by treating HIV-infected children for a brief period beginning in infancy, we may be able to spare them the burden of lifelong therapy and the health consequences of long-term immune activation typically associated with HIV disease.”

The results are being presented at the IAS Conference on HIV Science.

Obese don’t have to lose weight before joint replacement