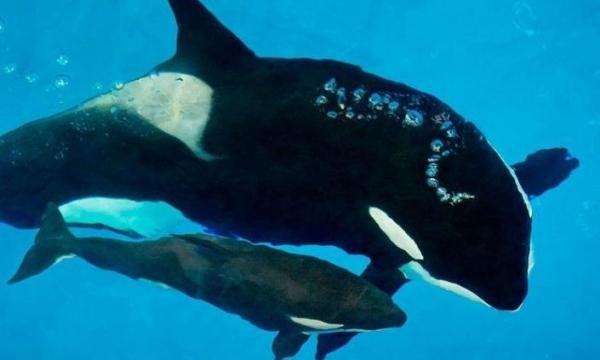 The female baby orca whale, a species also known as a killer whale, died after facing progressive health issues last week. She had been under 24-hour watch and was hand-fed to enhance her nutrition. She’d also been treated in SeaWorld’s animal hospital over the weekend for an infection, the park said.

Kyara was the last killer whale to be born in captivity at any SeaWorld park. Kyara’s mother, Takara, was pregnant when the company announced in 2016 that it would phase out the killer whale breeding program in its three parks.

A post-mortem examination is scheduled, but park veterinarians suspect she died of pneumonia, a common illness in whales both in the wild and in captivity. None of the other whales at the park are exhibiting symptoms of illness, SeaWorld’s statement said.

SeaWorld’s “One Ocean” whale shows at the theme park were cancelled Monday.

People for the Ethical Treatment of Animals again criticized SeaWorld Monday for Kyara’s death, saying “she never got to swim in the ocean.”

PETA is also campaigning for the boycott of SeaWorld’s parks Tuesday.

The artificial glacier growing in the desert