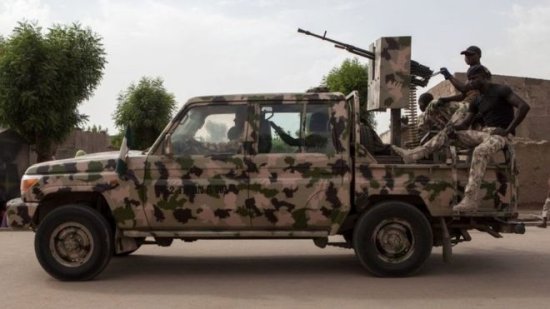 More than 40 people have died during an attempt to free people during an ambush by militant Islam group Boko Haram, sources have told the BBC.

At least five members of an oil exploration team were killed, a spokesman for the University of Maiduguri said.

Soldiers and members of a vigilante group also died in the ambush.

The high number of casualties will be a blow for the government, which insists the insurgency is all but defeated.

At least 20,000 people have been killed and thousands more abducted since Boko Haram launched its insurgency in 2009.

In the most notorious abduction case, it seized 276 girls from a boarding school in the north-eastern town of Chibok in 2014.

It has since freed more than 100 of the girls, in exchange for the release of its fighters detained by Nigeria’s security forces.

Details of what happened on Tuesday remain unclear, with initial reports from the army suggesting the abducted geologists and surveyors, who worked at the University of Maiduguri, had been rescued.

On Tuesday, the army said the bodies of nine Nigerian soldiers and a civilian had been recovered.

But now the university has said at least five members of staff, including two academics and a driver, were killed when the heavily armed convoy made its way back to Maiduguri, in north-east Nigeria.

“We got the impression our staff on the team were rescued because that was what the military spokesman said yesterday,” Maiduguri University spokesman Dani Mamman said, quoted by AFP.

“But we were shocked when we were given four dead bodies. This means it wasn’t a rescue. We still have other staff that are yet to be accounted for.”

Sources told the BBC that more than 40 people, most of them soldiers and volunteers from a vigilante group, had been killed in total – although other sources suggest the number killed may rise further still.