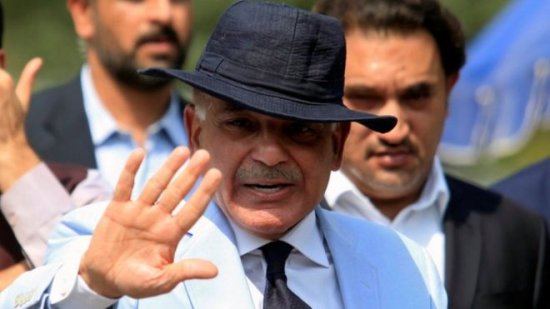 The brother of ousted Pakistani leader Nawaz Sharif has been lined up to take over as prime minister.

The ruling Pakistan Muslim League-Nawaz (PML-N) anointed Shahbaz Sharif but he will first have to be elected to the National Assembly.

Nawaz Sharif stepped down on Friday following a decision by the Supreme Court to disqualify him from office over corruption allegations.

The ruling came after an investigation into his family’s wealth following the leak of the Panama Papers in 2015, which linked Mr Sharif’s children to offshore companies.

If Shahbaz Sharif, 65, is to take over, he must quit as governor of Punjab province and then win a by-election into parliament, which should take 45 days.

Pakistan’s Dawn newspaper said that Shahbaz Sharif’s ascension to the prime minister’s office was “considered to be a foregone conclusion”.

Nawaz Sharif, in a speech to a PML-N meeting on Saturday, said: “I support Shahbaz Sharif after me but he will take time to contest elections so for the time being I nominate Shahid Khaqan Abbasi.”

Nawaz Sharif stepped down after five judges reached a unanimous verdict on Friday.

The court’s ruling stated that Mr Sharif had been dishonest in not disclosing his earnings from a Dubai-based company in his nomination papers during the 2013 general election.

The court recommended anti-corruption cases against several individuals, including Mr Sharif, his daughter Maryam and her husband Safdar, Finance Minister Ishaq Dar and others.

Mr Sharif, who was serving as prime minister for a record third time, was less than a year away from becoming the first in Pakistani history to complete a full term in office.

He served as prime minister from November 1990 to July 1993 and from February 1997 until he was toppled in a bloodless coup in October 1999.

The Panama Papers leaks in April 2016 revealed that three of Mr Sharif’s children owned offshore companies and assets not shown on his family’s wealth statement.

But allegations of corruption have dogged Mr Sharif since the 1980s. Much of what the Panama Papers revealed was the subject of a federal inquiry in the mid-1990s.