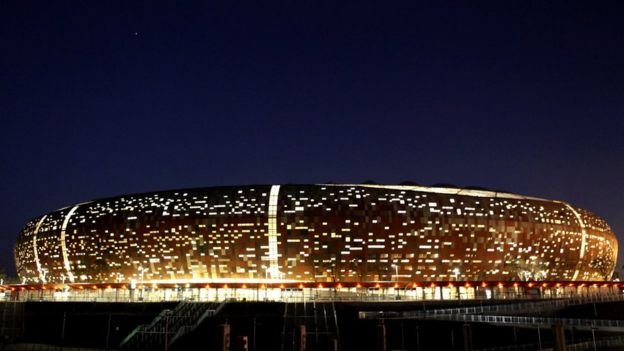 At least two people have been killed and 17 injured in a crush at South Africa’s biggest stadium, football officials say.

It took place during the Soweto derby between football clubs Kaizer Chiefs and Orlando Pirates in Johannesburg.

Orlando Pirates said the crush happened when people attempted to push their way through the gates into the 87,000-capacity FNB stadium.

Public safety official Michael Sun said on Twitter that all gates at the stadium had been opened to ensure crowd control and that the situation was later brought under control.

Of the 17 injured, one is in a critical condition, the stadium managers said.

The stadium served as the venue for Nelson Mandela’s first speech after his release from prison in 1990, and is where the memorial for Mr Mandela was held in 2013.

It was rebuilt for the 2010 football World Cup, where it was known as Soccer City and hosted the final between Spain and the Netherlands.

In April 2001, 43 supporters died in a crush during another match between Kaizer Chiefs and Orlando Pirates at the Ellis Park stadium in Johannesburg.

And 10 years before that, 42 people died in a crush between the same two teams at the Oppenheimer Stadium in the city of Orkney.