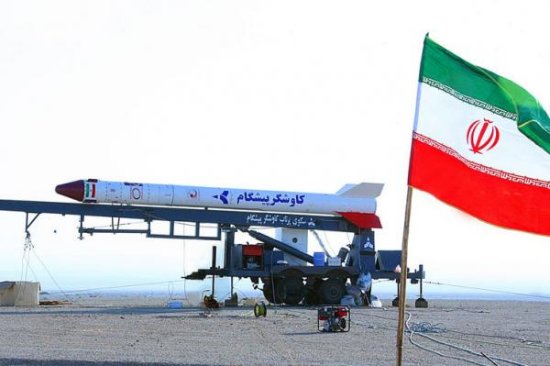 The U.S. Treasury on Friday levied new sanctions on Iran one day after the country launched a rocket capable of carrying a satellite into space.

The Treasury said that though the rocket — which ultimately failed — was space-related, it “represents a threatening step by Iran.”

“Space launch vehicles use technologies that are closely related to those of an intercontinental ballistic missile,” a statement from the department said.

Iran announced Thursday it launched a Simorgh rocket capable of carrying a 550-pound satellite into orbit, though it was not immediately clear whether the rocket was actually carrying a satellite.

Iran has made ventures into space before, launching dummy satellites into orbit. In 2013, it launched a monkey into space and was able to retrieve the animal alive, the closest it has come to launching a human into orbit.

On Thursday, the U.S. Senate approved broader sanctions against Tehran for a variety of threats, including state-sponsored terrorism. The bill levying the sanctions awaits signature from President Donald Trump.