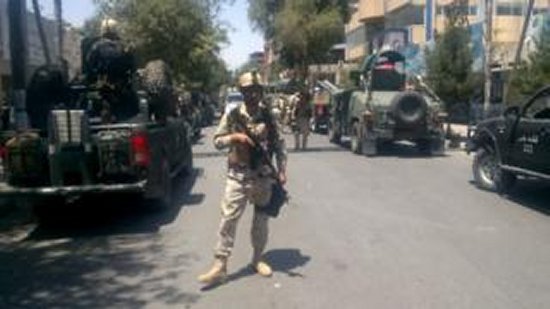 Afghan police say a suicide attack has taken place outside the Iraqi embassy in the capital, Kabul.

A gun battle is said to be under way and civilians are being evacuated from the area.

Kabul has seen a number of deadly attacks this year blamed on the Taliban or so-called Islamic State. Details of the latest incident are unclear.

One security official is quoted as saying a suicide bomber targeted the area housing a police headquarters and the Iraqi embassy compound.

Pictures on social media show black plumes of smoke rising into the sky.

It is not yet known whether anyone has been hurt.