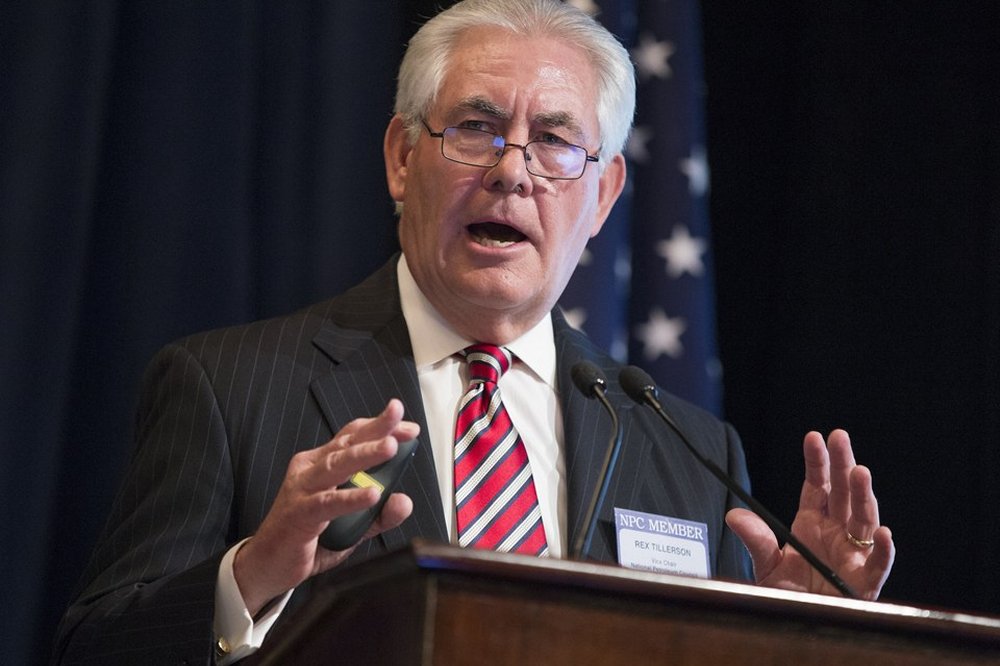 The US government is not seeking a regime change in North Korea, the secretary of state says, amid tensions over Pyongyang’s weapons programme.

“We’re not your enemy,” Rex Tillerson said, adding that the US wanted a dialogue at some point.

Pyongyang claimed that its latest missile test could hit the US west coast and beyond.

“We’re not your enemy, we’re not your threat but you’re presenting an unacceptable threat to us and we have to respond.”

The second test of an intercontinental ballistic missile (ICBM) on Friday, celebrated by North Korean leader Kim Jong-un, was the latest to be conducted in defiance of a UN ban.

President Trump has repeatedly criticised China, which shares a land border with North Korea and is its closest economic ally, for not doing enough to stop Pyongyang’s weapons programme.

However, Mr Tillerson took a more diplomatic approach, saying that “only the North Koreans are to blame for this situation”.

“But,” he added, “we do believe China has a special and unique relationship, because of this significant economic activity, to influence the North Korean regime in ways that no one else can.”

In a separate development, Republican Senator Lindsey Graham said that Mr Trump told him that there would be a war between the two countries if Pyongyang continued with its aim to develop a missile programme with the US in its range.

Despite the ongoing tests, most experts believe Pyongyang does not yet have the capability to miniaturise a nuclear warhead, fit it on to a long-range missile, and ensure it is protected until delivery to the target.

Others, however, believe that at the rate it is going, Pyongyang may overcome these challenges and develop a nuclear weapon within five to 10 years that could strike the US.