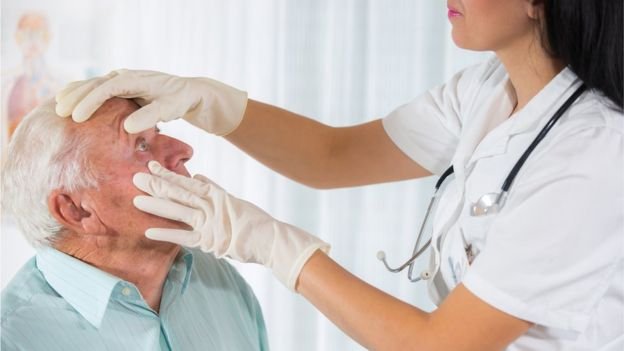 The number of blind people across the world is set to triple within the next four decades, researchers suggest.

Writing in Lancet Global Health, they predict cases will rise from 36 million to 115 million by 2050, if treatment is not improved by better funding.

A growing ageing population is behind the rising numbers.

Some of the highest rates of blindness and vision impairment are in South Asia and sub-Saharan Africa.

The percentage of the world’s population with visual impairments is actually falling, according to the study.

But because the global population is growing and more people are living well into old age, researchers predict the number of people with sight problems will soar in the coming decades.

Analysis of data from 188 countries suggests there are more than 200 million people with moderate to severe vision impairment.

“For example, reducing their independence… as it often means people are barred from driving.”

He said it also limited people’s educational and economic opportunities.

The worst affected areas for visual impairment are in South and East Asia. Parts of sub-Saharan Africa also have particularly high rates.

The study calls for better investment in treatments, such as cataract surgery, and ensuring people have access to appropriate vision-correcting glasses.

Prof Rupert Bourne said: “Interventions provide some of the largest returns on investment.

“They are some of the most easily implemented interventions in developing regions.”

“They are cheap, require little infrastructure and countries recover their costs as people enter back into the workforce,” he said.

The charity Sightsavers, which works in more than thirty countries to try to eliminate avoidable blindness, says it is seeing a rise in conditions such as cataracts, where the eye’s lens clouds over.

“Due to an ageing population and a rise in chronic disease, we expect the burden of blindness to only grow within the world’s poorest countries” said Imran Khan from the charity.

He said health systems in developing countries need to be improved, and more surgeons and nurses need to be trained to deliver sustainable eye health care.

Your sleeping pattern could be making you fatter