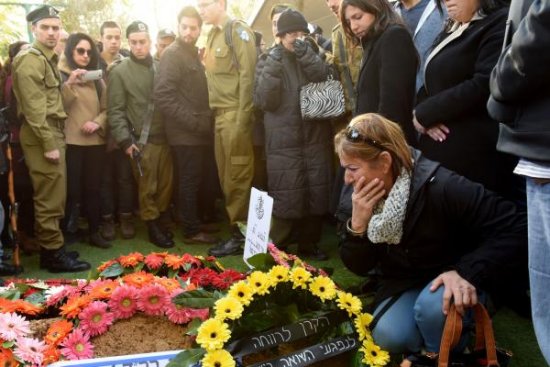 The Israel Democracy Institute monthly peace index poll found 25.3 percent do not support the death penalty in these cases and 4.9 percent did not know or didn’t answer.

For those who murder Israeli solders, 66 percent support the death penalty.

On Wednesday, Knesset member Naava Boker introduced a bill that would make the death penalty an option for people who murder at least two people on behalf of a terror organization, The Jerusalem Post reported.

“The murderers of the Fogel family in Itamar currently live in a four-star hotel in an Israeli prison,” Boker said. “The recent murders of border policemen on the Temple Mount and the Solomon family in Halamish require taking stricter measures. Enacting a death penalty for terrorists, along with other measures, could restore deterrence and help stop terror in Israel.”

The poll, also conducted by Tel Aviv University, interviewed 600 people between July 25-27 and had a margin of error of 4.1 percent.