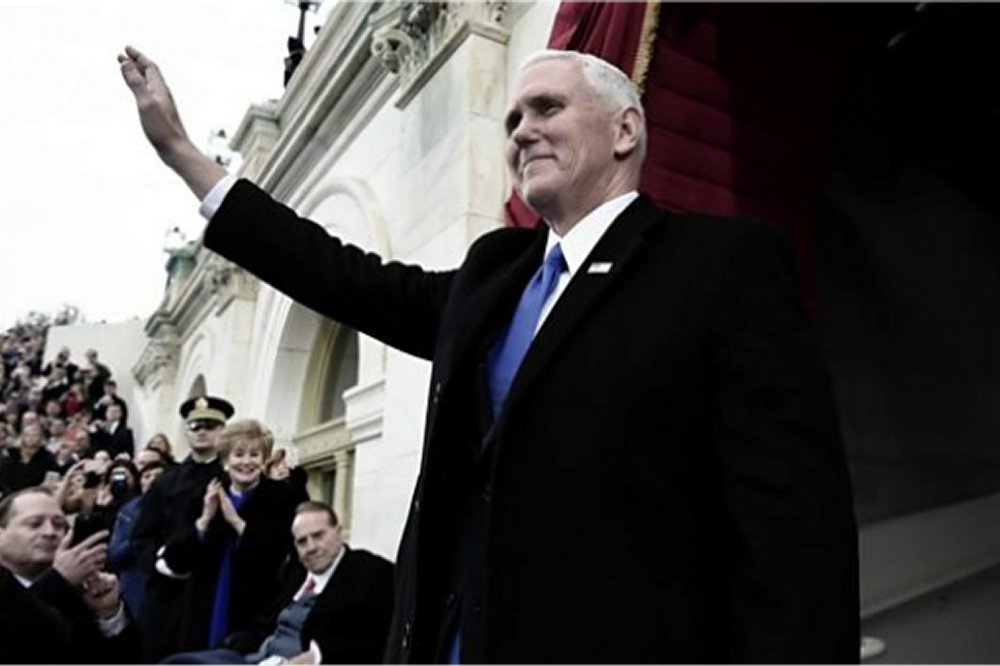 US Vice-President Mike Pence has dismissed as “disgraceful and offensive” a report suggesting he is preparing a run for president in 2020.

The New York Times said a “shadow campaign” had been set up by some Republicans on the assumption Donald Trump would not stand again.

Citing multiple sources, the article said Mr Pence had implied that he would plan to run if Mr Trump did not.

Mr Pence said the report was an attempt to divide the administration.

The Times story said the turmoil around the White House, including investigations into possible collusion between the Trump campaign and Russia during last year’s election, had prompted some Republicans to take steps “unheard-of so soon into a new administration”.

Mr Pence, it said, had created an “independent power base” and set up a political fund-raising group.

In a statement, Mr Pence said: “The allegations in this article are categorically false.

“Whatever fake news may come our way, my entire team will continue to focus all our efforts to advance the president’s agenda and see him re-elected in 2020. Any suggestion otherwise is both laughable and absurd.”

“It’s absolutely true the vice president is getting ready for 2020 – for re-election as vice-president,” she told ABC’s This Week.

A New York Times spokeswoman stood by the article, saying: “We are confident in the accuracy of our reporting and will let the story speak for itself.”