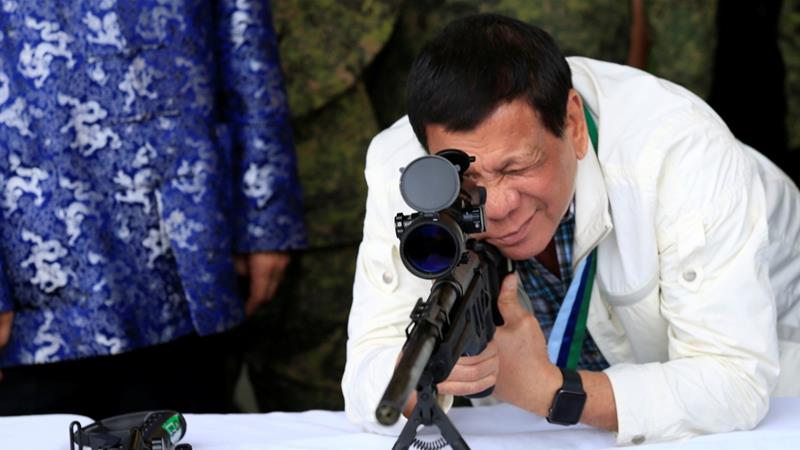 Twenty-five criminals were killed, including 14 in anti-drug operations, overnight in the Philippine capital Manila in a second night of heavy bloodshed this week as President Duterte’s fierce war on drugs intensified.

Thursday’s killings across Manila followed 32 deaths in near-simultaneous police operations on Monday night through to Tuesday in Bulacan province, marking the deadliest period of Duterte’s controversial crackdown that has killed thousands of Filipinos.

Joel Napoleon Coronel, director of Manila Police District, told reporters the 14 were killed in sting operations and 11 other deaths were robbers who were also involved in narcotics.

The identity of the killers of the 11 people were not known and the incidents were under investigation, police reports said.

On Wednesday, President Duterte praised the operations, adding that he will order the shooting of human rights advocates.

“Let’s kill another 32 everyday, maybe we can reduce what ails this country,” local media quoted Duterte as saying in a speech during the 19th anniversary commemoration of the Volunteers Against Crime and Corruption at the presidential office.

The administration’s aggressive war on drugs, which resulted in thousands of killings, has earned condemnation from various human rights advocates not only in the country, but also from abroad.

The president said he is expecting an outcry from human rights advocates and assured that the police have his support. He lambasted local and international human rights groups for condemning his drug war, saying these groups were turning a blind eye on the victims of drug-induced crimes.

“Many are being killed because the policemen are working. They are protected under my watch.

“Tell them [human rights advocates], ‘police, shoot those who are part of it. If they are obstructing justice, you shoot them’,” he said.

Despite the criticisms, Duterte expressed a firm stance to destroy the apparatus of the drug trade, which he said is “taking a toll on the lives of the people”.

Reports from Pampanga in the Central Luzon region, said Duterte had been “flip-flopping” on his statement.

“President Duterte, in his campaign, promised to end this problem within the first six months of office. However, last week he said no president will be able to solve the problem of drugs in the country,” she said.

Police chief Romeo Caramat said that the series of raids has led to the arrest of 109 drug suspects and the seizure of 34 guns, two grenades and 14 live ammunitions.

He said $19,500 worth of methamphetamine and 765 grams of marijuana were also recovered.