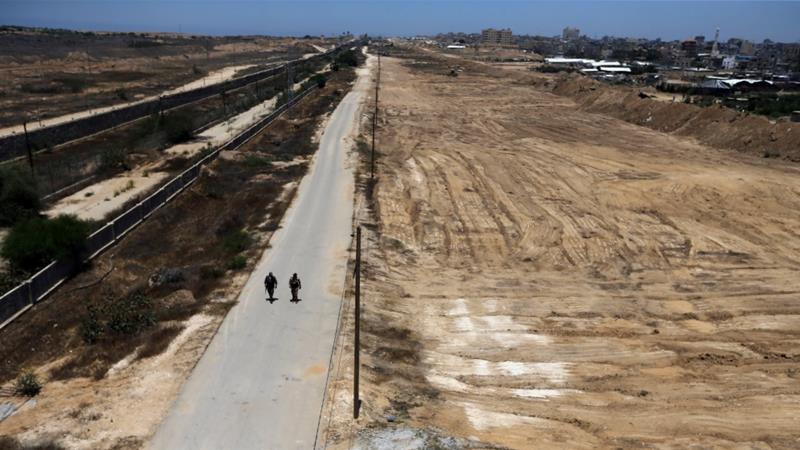 A Hamas security man and a member of a rival group were killed on Thursday in a confrontation in the southern Gaza Strip near the Palestinian enclave’s border with Egypt, security sources said.

“A security force stopped two persons who approached the border. One of them blew himself up and was killed. The other was wounded,” the Hamas-run Interior Ministry said in a statement.

It said several Hamas security men were hurt, and hospital officials told reporters that one of them died of his wounds.

Security sources said the assailant in the blast was a member of the Islamic State of Iraq and the Levant (ISIL, also known as ISIS).

It would be the first time a suicide attack has targeted Hamas forces in Gaza, security sources said.

Hamas, which rules the Gaza Strip, has stepped up patrols in the border area with the declared aim of preventing the movement of so-called “Jihadist Salafis” between the territory and the Sinai peninsula, where ISIL and other groups have been battling Egyptian troops for years.

Hamas has recently been pursuing improved relations with Egypt, which keeps its border crossing with Gaza largely shut and has accused the group in the past of aiding fighters in the Sinai. Hamas has denied those allegations.

Israel, the only other country Gaza borders, has maintained a decade-long blockade on the strip.