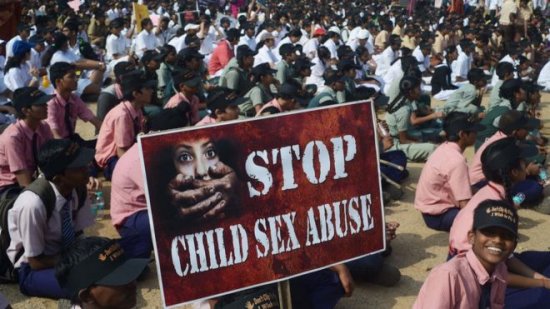 A 10-year-old rape victim who was denied permission for an abortion by the Indian Supreme Court last month has given birth to a baby girl.

The girl is not aware that she has given birth. During her pregnancy she was told her bulge was because she had a big stone in her stomach.

Both the mother and the newborn are doing fine, an official told the BBC.

The girl alleges she was raped several times in the past seven months by her uncle, who has been arrested.

Her pregnancy was discovered in mid-July when she complained of stomach ache and her parents took her to hospital.

A local court in Chandigarh turned down the abortion plea on the grounds that she was too far into her pregnancy after a doctors’ panel said that termination of the pregnancy would be “too risky”. Later, the Supreme Court also refused to allow an abortion for her on similar grounds.

As the baby has been born prematurely at 35 weeks, she has been placed in the neo-natal intensive care unit of the hospital where she will remain for the next few days, the BBC’s Geeta Pandey reports from Delhi.

The parents of the 10-year-old, who had said right from the start that they did not want to have anything to do with the baby, did not even look at the newborn, our correspondent adds.

The infant will be looked after by the child welfare committee until she is put up for adoption, an official said.

The 10-year-old is expected to remain in hospital for a week to 10 days.

The girl’s case has dominated headlines in India for the past several weeks, with officials saying this is the first-ever case of a child so young giving birth.

Indian law does not allow terminations after 20 weeks unless doctors certify that the mother’s life is in danger.

But in recent years, the courts have received several petitions, many from child rape survivors, seeking to terminate pregnancies after 20 weeks. In most cases, these pregnancies are discovered late because the children themselves are not aware of their condition.

Child welfare activists who interact with the 10-year-old on a regular basis say that is precisely what happened with her – the girl is very innocent and had no idea what had happened to her.

Her parents also missed the telltale signs of her pregnancy perhaps because she’s “a healthy, chubby child”. Besides, they couldn’t imagine that their daughter could be pregnant at 10.

Death toll continues to rise in Duterte’s war on drugs