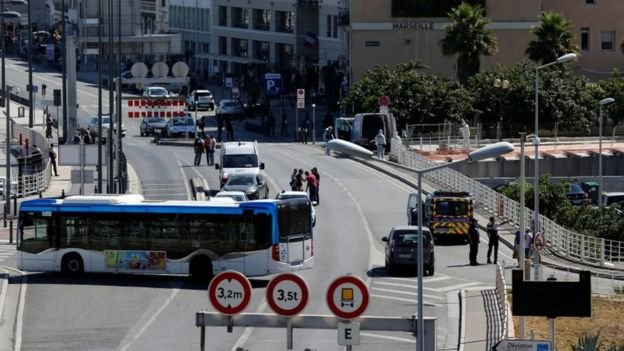 A woman has been killed after a van struck a bus shelter in the southern French city of Marseille, police say.

The driver has been arrested. His vehicle had struck another bus shelter in a different district of the city earlier in the morning, seriously injuring one person.

French prosecutors say the case is not being treated as a terrorist incident.

French media reports say the driver is known to police and may have mental health issues.

The unconfirmed reports say he has a criminal record but is not known to the intelligence services.

The second bus stop was struck at about 10:00 at Valentine in the 11th district.

French media say the woman who died was in her 40s.

On Bastille Day last year, along the coast in Nice, more than 80 people were killed when a lorry was driven into celebrating crowds on the seafront in an attack claimed by so-called Islamic State.